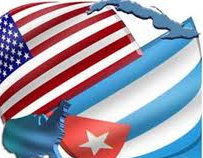 The United States on Wednesday abstained for the first time from a United Nations General Assembly vote on a resolution calling for an end to a U.S. economic embargo on Cuba, after opposing such measures every year for 24 years.

For the 25th time, the 193-member General Assembly adopted the resolution with 191 votes in favor. Israel, which opposed the resolution last year, also abstained on Wednesday. Such resolutions are non-binding, but can carry political weight.

Communist-run Cuba and the United States, former Cold War foes, began normalizing relations in 2014. U.S. President Barack Obama has taken steps to ease trade and travel restrictions on Cuba, but only the U.S. Congress can lift the full embargo.

The Republican-controlled Congress has resisted Obama’s call to lift Washington’s economic embargo after more than 50 years. Republican critics say Obama is making too many concessions to Cuba for too little in return, especially on human rights.