On the weekend a number of Dominicans showed up at Venezuelan Embassy where they expressed dissatisfaction over the actions of the President of the US, Barack Obama, who described Venezuela as a threat to US national security.

Present were employees of Petrocaribe Dominica Ltd, past scholarship students, students of the Venezuelan Institute for Culture and Cooperation, the International Cuban Brigade and other Dominican friends of Venezuela, according to a release from the embassy.

The release said the Dominicans highlighted the many contributions that Venezuela has been made to Dominica and the rest of the Caribbean.

Some held placards which read, “Venezuela we support you,” “Venezuela is a free and independent country, we accept no intervention whatsoever,” among others.

“Venezuelan officials past and present who violate the human rights of Venezuelan citizens and engage in acts of public corruption will not be welcome here, and we now have the tools to block their assets and their use of US financial systems,” White House spokesman Josh Earnest said in a statement.

The White House also called on Venezuela to release all political prisoners, including “dozens of students.”

Venezuela has responded by saying the US wants to overthrow the government.

Last weekend nearly 100,000 members of the armed forces kicked of ten days of military drills across Venezuela to counter the US “threat.”

To further counter the “threat,” on Monday the Venezuelan parliament approved a law giving President Nicolas Maduro the power to rule by decree for the next nine months.

Critics of the so-called ‘imperialist law’ said the move was a power grab by Maduro. 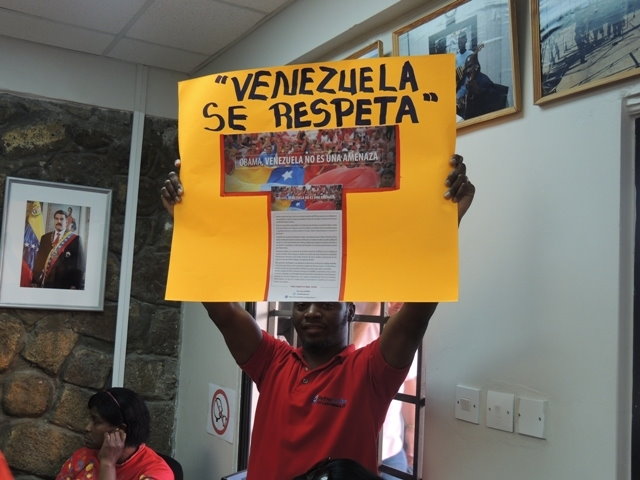 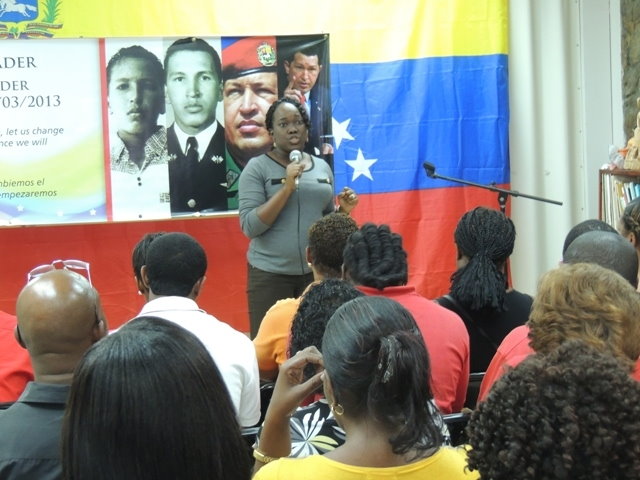