Janae Jackson, the only female finalist in this year’s calypso competition, has added another feather to her cap as she prepares to take part in the grand calypso monarch final which is just one week away.

Janae won the 2016 Calypso Queen Competition which was held at Harlem plaza on Friday night.

In second place was Charis D and The Sting Rae came third.

The other participants were Alisha, Raheem, Dutchess, Shirley B and Leandra.

The show was part of The Dominica Calypso Hall of Fame Classic Concert which featured performances by the “Calypso King of The World,” The Mighty Sparrow and three Dominica’s former female calypsonians Swinging Janice, Cauliflower and Mystic Rose. 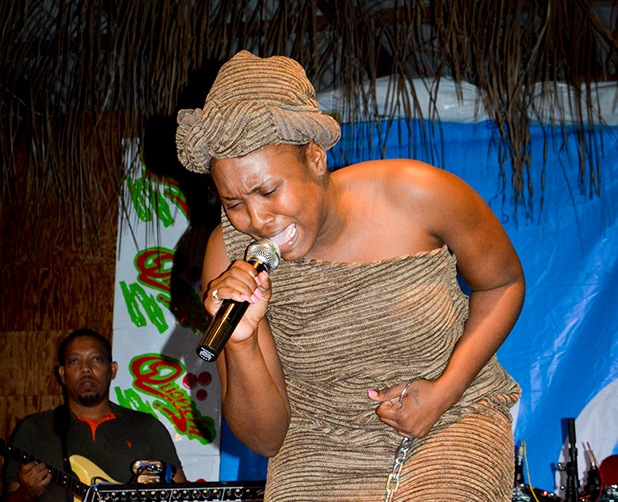