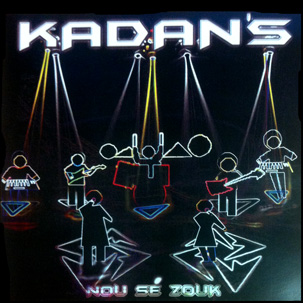 After 34 Years of Political Independence is there anything to really boast about as far as our socio-economic and cultural well-being is concerned? Have we become more creative, more productive or more mendicant? Is it because of the path of development pursued over the years?

The decade of the 70’s was a water-shed for Dominica. The Kweyolness of our people and culture was re-enforced. Kadans-lypso, created by the illustrious Dominican group exile one in 1973, emerged as a new pulsating musical form, which impacted positively at home and abroad. Kadans has international appeal. The use of the Kweyol language in song gives strength to the Kweyol language and enables us to see the beauty in our indigenous creative expressions.

The NCCU, therefore, must be commended in its efforts at reviving the interest in Kadans music by staging a successful Kadans-lypso competition. NCCU has awakened local artists and allowed them the opportunity to make use of their local talents to revamp Kadans-lypso, while at the same time they could earn some finance through their efforts. As history would have it, it was held at Harlem, the first venue for a kadans-lypso show. Fantastic moonlit-night revealed a consoling ambience. Unforgettable night of Kadans-lypso extravaganza with NCCU, truly enlivened the cooperative spirits.

It should be of no surprise that there is an insatiable thirst for Kadans in Dominica and the region because of its structure and dynamic rhythms. As I listened attentively to the music and artists and taking my notes, I could feel a shiver. Sweet Kadans songs enveloped my entire body. My reflections went back to the days of Belles Combo. Rooted in our indigenous culture, we experimented with and developed a unique brand of Kadans-lypso. The colourful rhythmical style, emphasis on percussions and use of horns, gave meaning to and enriched both melodic and harmonic phrases.

Constant debates and discussions on colonialism and neo-colonialism, and its effects on poor third world countries, were in all circles during the early days of Kadans-lypso. Songs had strong emphasis on themes that reflected the people’s aspirations and struggles. Issues of slavery, culture, love, sexuality, family values, agriculture (eating what we grow and growing what we eat), Black history, identity, environment preservation, among others, were in the air. The singers on the show continued that trend as exemplified in their positive lyrics, incorporated with roots Kadans musical arrangements. Kadans really is a fusion of different musical genres, with its roots in Dominican traditional folk music forms like jing-ping. The rhythms from Fanatik band were superb.

In Dominica, Kadans touches a sensitive chord, more so, it supports a language that the colonial masters tried unsuccessfully to make us degrade and ignore.
Authentic, indigenous Kadans music rained heavily that October 20th. night. Harlem was drenched. Kadans-lypso lovers, ecstatic, captivated by sweet rhythms, swayed non-stop throughout. Smooth Pelvic movements said it all why Kadans-lypso is so loved with a passion. African music is expressive human inventions aimed to express life in all its aspects through the medium of sound. Kadans musicians have not merely attempted to imitate nature by music, but reverse the procedure by taking natural sounds, including spoken language, and incorporate them into the music. Music is a dynamic and driving force that animates the life of the communities and nation.

The lyrics and education in Kadans-lypso must continue to function as a practice of freedom, the means by which men and women deal critically and creatively with reality and discover how to participate in the transformation of their homeland. It is necessary that the weakness of the powerless is transformed into a force capable of announcing justice, peace, respect for others and the rule of law. We are transformative beings and not for accommodation.

One cannot expect positive results from an educational or political program which fails to respect the particular view of the world held by the people. Such a program constitute cultural invasion, good intentions notwithstanding. Without a sense of identity, there could be no real struggle. Kadans music is well-placed to sensitize, jolt our consciences, to help people see right from wrong, to act accordingly, and to be non- conformists relative to immoral, illegal attitudes and behaviours. Kadans-lypso’s infectious rhythms and piercing lyrics should be that motivator.

The themes of some of the songs were quite interesting.
(1) Toutes kochon ni Samedi yo. (All pigs have their day)
(2) Mama ni douleur (Mama have pain) What is happening in our land these days, people bawlin soucoo. Life wasn’t like that before.
(3) Toutouni (Naked)
(4) Fanm Tori (gossip woman)

The staging of kadans-lypso competitions on a yearly or twice-yearly basis, could only augur well for Kadans-lypso and our cultural industry. Such a visionary initiative by NCCU should surely ensure sustainability, crave artist’s interest, provide income, develop further the musical form, and act as a breeding ground for future Kadans-lypso artists/musicians, among other substantial benefits to the country.

The music could be further enhanced and enriched, in future shows, with the use of horns – sax, trumpet, and trombone. Drumming of kadans music needs to be more expressive, since the creative sounds of the percussive instruments play a crucial role.

We could boast that, as one big Cooperative Credit Union Family, we staged a successful Kadans show ourselves with NCCU at the helm.