Farmers in the Kalinago Territory are to benefit from a project which seeks to provide a minimum of 5,000 cocoa and 2,000 nutmeg seedlings over a six month period.

The initiative is a collaborative effort between local tour company, Kalinago Tours and a French Foundation in Paris.

“The project is an initiative to assist farmers in bringing back to some productive use, the largely abandoned agricultural lands in the Kalinago Territory and to contribute to the self-empowerment of the residents particularly given the catastrophic impact of Hurricane Maria in 2017 on the community,” according to a release from Kalinago Tours.

The seedlings of interest are:

The release goes on to state, “Given the very positive response for this project, efforts are already underway with potential stakeholders to further expand this undertaking and to scale-up the impact in the community.”

Interested persons are asked to register with Kalinago Tours by calling 285-0595. Plants will be released based on a first come first served basis after verification of planting locations and will be ongoing until June 2019.

According to the release, the project is fully endorsed by the office of the Kalinago Chief and supported by Dr. Worrel Sanford. 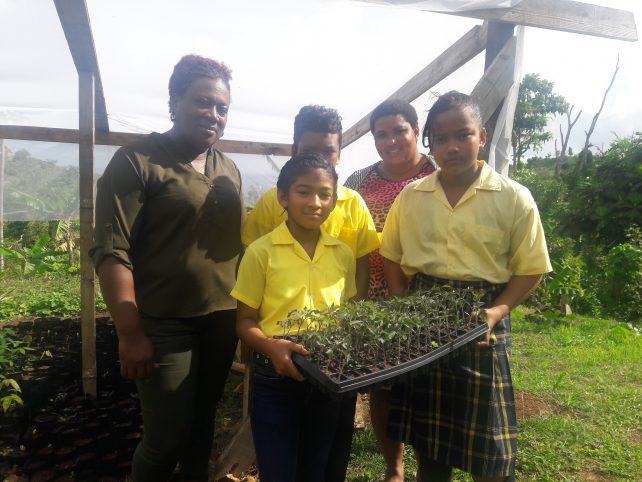