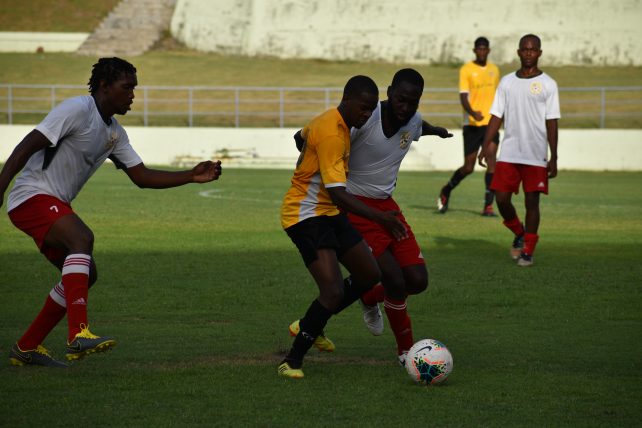 LA Enterprises Bombers FC has continued their good run of form since the resumption of play during the current COVID -19 pandemic.

The Portsmouth-based club who are also former champions of the Dominica Football Association (DFA) Premier Division, maintained their record as the only club yet to lose a game.

In their latest encounter played on Saturday at the Windsor Park Sports Stadium, Bombers came from one goal down to register a hard-fought 3-2 over the energized Belfast Estate Mahaut Soca Strikers.

For the winners, Ursher George netted twice while the other goal came from Jamie Parillon. Jerran Sebastien and Francis Luke with a goal apiece, scored for Soca Strikers FC.

On Sunday, Happi Bath Estate FC kept their championship hopes alive defeating the inconsistent Petro Caribe Pointe Michel 3 nil. Anderson Lawrence converted two goals, one in each half. The other goal was scored by Anfernee Frederick who came in as a substitute in the second half of play. Pointe Michel can only blame themselves for the loss after Bath Estate’s goal-keeper, Owen Oscar, managed to save a penalty kick by Dylon Carlisle.

The other scheduled encounter between East Central FC and Central Cooperative Credit Union LTD Dublanc FC was called off due to soggy conditions at the WPSS. That game will be rescheduled.

In Division One League results, Middle Ham United FC good run of form continued with a two goals to one win over Petro Caribe Pointe Michel at the Almond Park in Dublanc. Shakeem Gregoire and Jervan Matthew scored for the winner. Turran Toussaint scored for Pointe Michel FC.

On Sunday at the Castle Bruce Playing Field, WE United FC and BAA Sharks FC played to a three-all draw. Jamal Green, Kliene Thomas and Robert Charles scored one goal each for BAA Sharks FC. For WE United FC, Mark Loronin, Roosevelt Coipel and Jervon Henry scored one each.

Before that though, in a DFA Premier League match played on Friday, WE United secured a 2-nil victory over Southeast. The goals came from Al Jno Baptiste and Roosevelt Coipel who both scored in the second half of the game.

With a total of 23 points, WE United is just two points behind defending champions, Sagicor Southeast in the Premier League.

Goalscorer, Roosevelt Coipel, is just 15 years old is currently training with the national under 17 team. 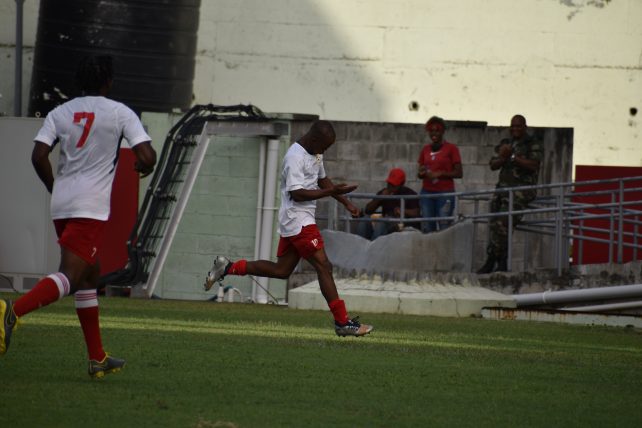