Political Leader of the United Workers’ Party (UWP), Lennox Linton, has accused Chief of Police, Daniel Carbon, of attempting to “mislead” and “fool” the people of Dominica in his interpretation of the law, following a statement by Carbon addressing the use of tear gas by police in what organizers have described as a peaceful protest on Saturday, December 15, 2018. 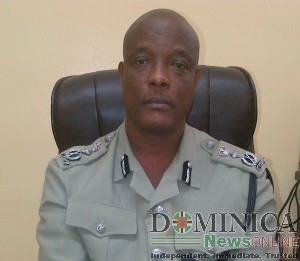 In a statement issued earlier this week, the Police Chief said that the protests held on Saturday by the Concerned Citizens Movement (CCM) were “unlawful.

Carbon stated, “The leaders of the CCM know very well that they must apply to the Chief of Police for permission to hold a lawful protest action or demonstration as stipulated by the Public Order Act Chapter 15:01 of the law of Dominica 1990.”

The Chief of Police went on to say that he did not receive any request from the CCM to hold any demonstration or protest action.

Linton, at a press conference held at the Prevo Cinemall on Wednesday, issued a challenge to the high command of the Commonwealth of Dominica Police Force to present to citizens the term “protest action” within the Public Order Act Chapter 15:01, cited by the Chief of Police in his statement.

The Opposition Leader went insisted that the meeting was lawful.

“There was nothing unlawful about the meeting,” Linton explained. “In fact, the Police Commissioner and the police force had a duty in law to protect the citizens participating in that lawful public meeting, and to ensure that there was good order, and to ensure that those people, as well, who were going about the lawful business of a public meeting were not hindered and disturbed in going about that meeting.”

Linton went on to state that the police “have no interest, it would appear, it protecting the rights and freedoms of the people of Dominica.”

“…the Chief of Police seems to have a problem with Dominicans exercising their constitutional right, and he tells us that the police, in tear gassing the public… in using an agent of chemical warfare against the people of Dominica… that the police were acting lawfully,” he elaborated. “We are on dangerous ground in this country.”

In his statement, Police Chief Carbon issued a warning to “the leaders of and people involved in the CCM who are organizing these protest actions” that they must follow the procedures as stipulated by law.