Opposition Leader, Lennox Linton, has called for an audit of the Rapid Response Social Recovery Agency.

The Rapid Response Social Recovery Agency is a statutory body which was established in 2018 by the Dominica Labour Party (DLP) government to provide urgent public support to citizens.

Linton, who was addressing Parliament on Monday, questioned the source of funds for that Agency since, according to him, no allocation had been made for its operation in the 2019-2020 national budget.

“I heard it was said and suggested in here today that when you talk about institutions like the Rapid Response Social Recovery Agency where the budget was zero, because it was transitioning over from this public support program from a budget of 13 million dollars in the previous year, nothing was budgeted for the public support program, nothing was budgeted for the Rapid Response Social Recovery Agency but it spent 32 million dollars…of the people’s money”

However, he said although some of the monies went to useful purposes, there is evidence that some of that money may have been used to do other things.

“That is why I am suggesting in this honourable house that we need an audit of the Rapid Response Social Recovery Agency,” Linton stated.

This, he said, will help to determine whether the noble purposes which the government said the money is used for serves that purpose.

He continued, “We have to ask ourselves a question; we have to ask ourselves why are we considering 12 months of Supplementary estimates right now as opposed to having considered the first 6 months of the year some time ago, soon thereafter and then to be dealing with this next 6 months shortly after the last budget before we came to the elections?” 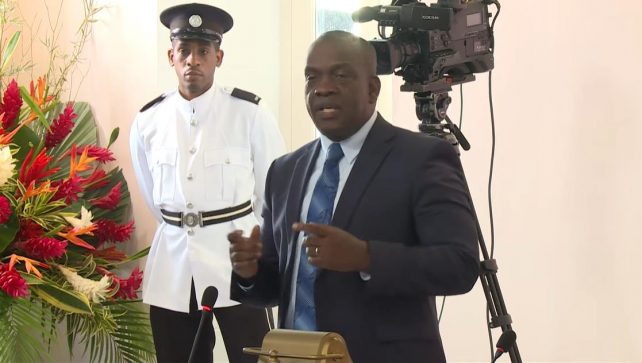