Leader of the United Workers Party (UWP) Lennox Linton does not believe that his former UWP colleague-turned Dominica Labour Party (DLP) candidate, Joseph Isaac, will pose a challenge to the UWP in the Roseau North Constituency.

Linton told supporters at a UWP rally at La Plaine on July 21, that Isaac will not be embraced by the people of that constituency.

Isaac, who is also the Parliamentary Representative for the Roseau Central Constituency, won that seat on the UWP ticket at the last general election in 2014.

In April 2018, Isaac announced that he had cut all ties with the UWP to become an independent candidate.

He said the party [UWP] was unwilling to move from its politics of anti-nationalism.

Isaac is currently the Minister for the Environment, Climate Resilience, Disaster Management and Urban Renewal in the DLP administration.

“This party in government is not concerned about people,” Linton said. “Tonight as we gather here, they are launching in Roseau North, the individual who is still the elected parliamentary representative for Roseau Central.”

He continued, “Roseau Central majority votes have been dissed by somebody on the other side who used to be with us and that person is hoping that after treating Roseau Central people in that disgraceful way he will be embraced by the people of Roseau North? Pa la!”

Linton said the UWP will return the value of serving people and their best interest.

He described the ruling party as one which, “love people to be poor.” 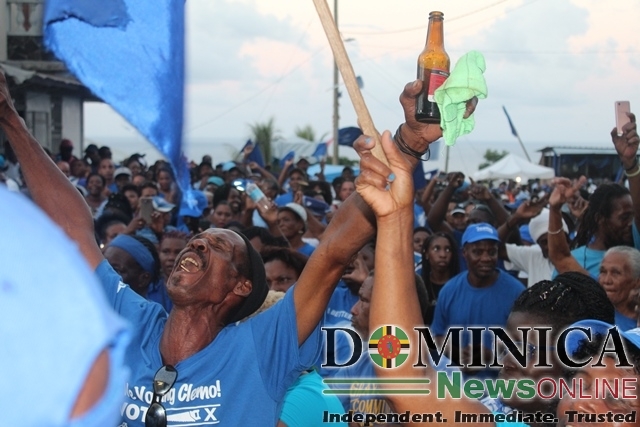