One man is nursing gun shot wounds at the princess Margaret Hospital after a shooting incident at Bath Estate this morning.

Dominica News Online has been unable to confirm this information with the police but a Bath Estate resident told us that at about 9:30 am three loud gunshots were heard in the vicinity of his home. He said he subsequently heard the victim shouting for help and when he looked out of his house, saw masked gunmen who escaped on a motor cycle.

According to the eye witness, shortly afterwards, the ambulance service arrived on the scene and transported the victim to the Princess Margaret Hospital. He told DNO that a number of persons in the area were “visibly shaken by this brazen broad day incident.”

We’ve not been able to ascertain the identity of the victim.

At the time of reporting police were still on the scene carrying out their investigations. 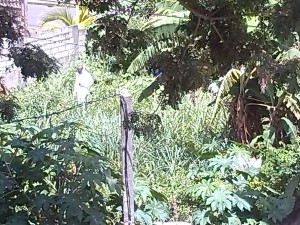 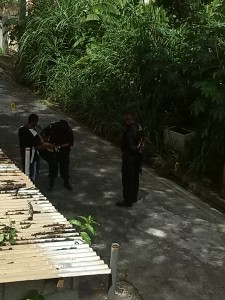