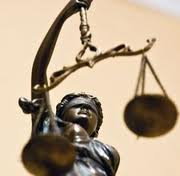 The Association of Caribbean Media Workers (ACM) will be rallying its membership to advocate for the removal of criminal defamation laws.

President of the ACM Wesley Gibings told the organizations 10th Regional Conference in Dominica on Wednesday that the time has come to remove criminal defamation from the statute books.

“The IPI and the ACM signed a memorandum earlier their year to collaborate on several things in addition to the forthcoming congress and some of the headlining issues is that of criminal defamation,” he said.

He said some countries have already made the move.