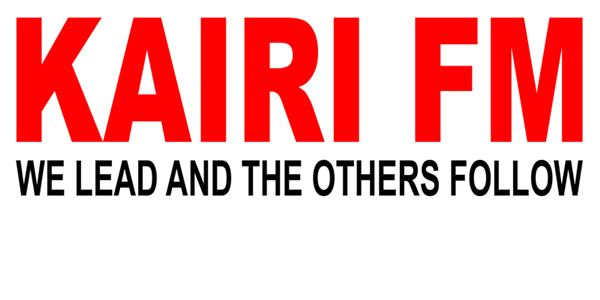 Acting Chief Executive Officer (CEO) of the National Telecommunication Regulatory Commission (NTRC) Alden St. Clair has confirmed to Dominica News Online (DNO) that Kairi FM St. Lucia, was taken off the air, for lack of compliance with the conditions attached to their licences.

Over the weekend, St. Lucia News Online reported that “Kairi FM, a local radio station owned by Dominican interests but very much alive here during the past two general elections, is now officially off-air.”

According to the website, the station’s local operations were terminated on October 13, 2021, by Minister for Infrastructure, Ports, Transport, Physical Development and Urban Renewal Stephenson King, based on a recommendation by the Eastern Caribbean Telecommunications Authority (ECTEL).

Explaining this process, St Clair explained to DNO that based on the country’s telecommunication act, a company can only be terminated “if that the applicant or the broadcaster is not meeting the obligations of their license, and this was what was done.”

Citing confidentiality,  St. Clair declined to comment on which obligation (s) the company did not meet, however, NTRC’s website does provide a detailed list of the possible reasons why an applicant’s licence can be suspended or revoked.

According to the site, “The Minister may suspend, revoke or refuse to renew a licence where —(a) the radio apparatus or station in respect of which the licence was granted interferes with a telecommunication service provided by a person to whom a licence is already granted for that purpose; (b) the licensee contravenes this Act; (c) the licensee fails to observe a term or condition specified in his or her licence; (d) the licensee is in default of payment of the licence or renewal fee or any other money owed to the Government; (e) ECTEL recommends the suspension or revocation and (f) the suspension or revocation is necessary for reasons of national security or the public interest.

The St. Lucia News Online article goes on to state that St. Lucia’s Ministry of Infrastructure, Ports, Transport, Physical Development and Urban Renewal issued a Public Notice indicating that by way of a letter dated September 15, 2021, ECTEL had recommended the station’s license be terminated,

The letter from the minister also advised the station’s owners that “any attempt by Kairi FM St. Lucia to either operate or provide telecommunications services covered by all or any of the licenses or utilize the above-stated radio frequency spectrum after the date of this notice… will be an infringement of the related law.

The notice also said, “Such infringement will, upon conviction, attract a fine not exceeding one million Eastern Caribbean dollars or to imprisonment for a period not exceeding ten (10) years.

When contacted, the owner of Nature Island Communications Corp Ltd. and Kairi FM Dominica, Frankie ‘Krazy-T’ Bellot, declined comment, stating, “I don’t have anything to say to Dominica News Online.”

Attempts made by DNO to seek further clarification on this matter from ECTEL and the Ministry of Telecommunication in St Lucia were not successful.