The Ministry of Agriculture, Food and Fisheries has donated over $76,000 worth of tools and equipment to five banana farmer with the aim of further empowering the banana farmers and help in the management of the sector.

The presentation was made at Dominica Agricultural Producers and Exporters Limited (DAPEX) building at Fond Cole on April 10th 2019.

Minister for Agriculture, Food and Fisheries, Reginald Austrie who spoke at the function, said over 3.8 million dollars have been invested in agriculture on the island.

“Over the last five years, this government has invested over 3.8 million dollars in this sector. This has been used mainly for the payment for the field monitoring officers. We have been doing a lot of purchase for fertilizers and other inputs, ” the minister stated. “We have recommenced the building of farm sheds and we have also been purchasing tissue culture plants, and that is distributed to the farmers for free and all this is part of the governments investment in the sector and in the industry.”

He said local farmers contribute greatly to various aspects of the country.

“I want to thank the farmers of Dominica. I believe that the farmers are making tremendous contribution to not only our food security, not only to our health but also to our GDP,” Austrie remarked.

He added, “The ministry of Agriculture, we have to give more support to the farmers through extension services and other services. The state has to recognize the contributions made by those farmers not because of the income generated for themselves but also the impact of their work on the economy and the health of this nation.”

He said the equipment that was contributed will make a big difference in the operations of farmers, homes and families. 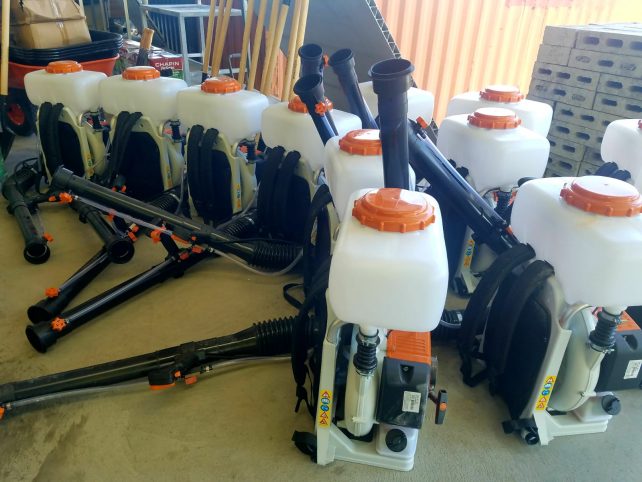 Coordinator of the Banana and Planting Management Programme of the Ministry of Agriculture, Food and Fisheries, Angus McIntyre said the groups were formed from a meeting held late last year.

“It all started with the minister’s initiative in calling all our core farmers to a meeting in Castle Bruce which was held sometime in November,” he explained. “At that meeting recommendations came up where we were supposed to form the farmers into groups to empower them, to make decisions and to make requests on their behalf; decisions in terms of marketing, labor, production…to help themselves and contribute towards the whole agricultural development,” McIntyre stated

McIntyre added that exercise was undertaken in all the districts and entailed a lot of work.

“We formed all the farmers into groups so currently we have 5 groups formed. They all have their president, vice president, treasures [and] secretaries. The groups have even gone out and they have held meetings,” he reported.

He said some of five groups comprise more than 50 farmers and are all functional. 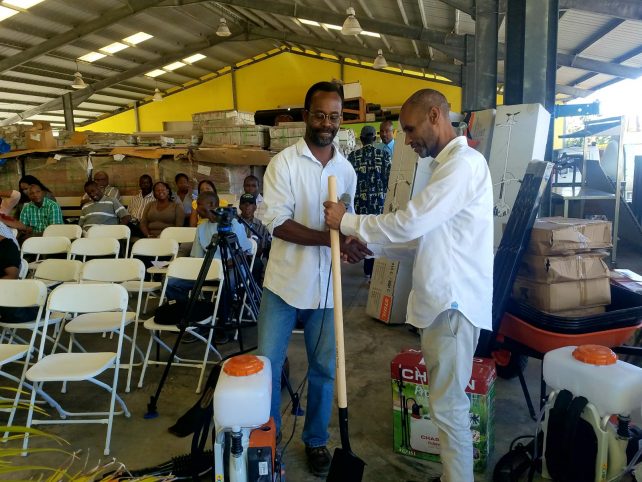