CARICOM Secretary-General Ambassador Irwin LaRocque expressed his desire to have Haiti increase its participation in the regional Single Market and Economy as he accredited the country’s new Ambassador to CARICOM in an on-line ceremony, Tuesday.

Ambassador H.E. Beausoleil Sam presented his credentials in a ceremony witnessed by members of CARICOM’s Committee of Ambassadors, Government Officials in Haiti and representatives of the CARICOM Secretariat.

“I’m sure you would agree that the CARICOM Single Market and Economy, CSME, is a key element in strengthening our integration process,” Secretary-General LaRocque told the new Haitian Ambassador.

“It also has the potential to provide opportunities for Haiti with your comparative advantage in the cultural industries, as an example,” he added.

The Secretary-General however noted that while significant efforts have been made towards the full integration of Haiti into the CSME the task is not yet completed.

“I recall Prime Minister Mia Mottley of Barbados, Lead Head of Government with responsibility for the CSME and I visited Haiti and had fruitful discussions with his Excellency President Moïse on advancing Haiti’s compliance with the measures under the CSME.  An implementation plan, in that regard, was agreed upon and approved by the Heads of Government as a special session in Port-of-Spain in December 2018.  It is my hope that during your tenure we can work together to advance the plan,” the Secretary-General told Ambassador Sam.

The new Ambassador in his remarks reaffirmed his country’s strong commitment to the regional integration process.

“Mr Secretary-General, despite COVID-19 I believe we can continue furthering the work geared at achieving the objectives set out in the Community Strategic Plan.”

“I know my job as Ambassador also entails serving as a link through which national stakeholders would engage in regional processes and vice-versa and I intend to deliver in that regard.  With your help, I think I’ll be able to succeed despite challenges of all sorts,” Ambassador Sam said.

Secretary-General LaRocque also used the ceremony to again express condolences to the Government and People of Haiti and particularly the relatives of those who lost their lives during the recent passage of Tropical Storm Laura.   At least nine deaths were reported during Laura’s passage in late August.

“This new normal of frequent and more intense storms continues to pose a challenge to our Community,” the Secretary-General said. 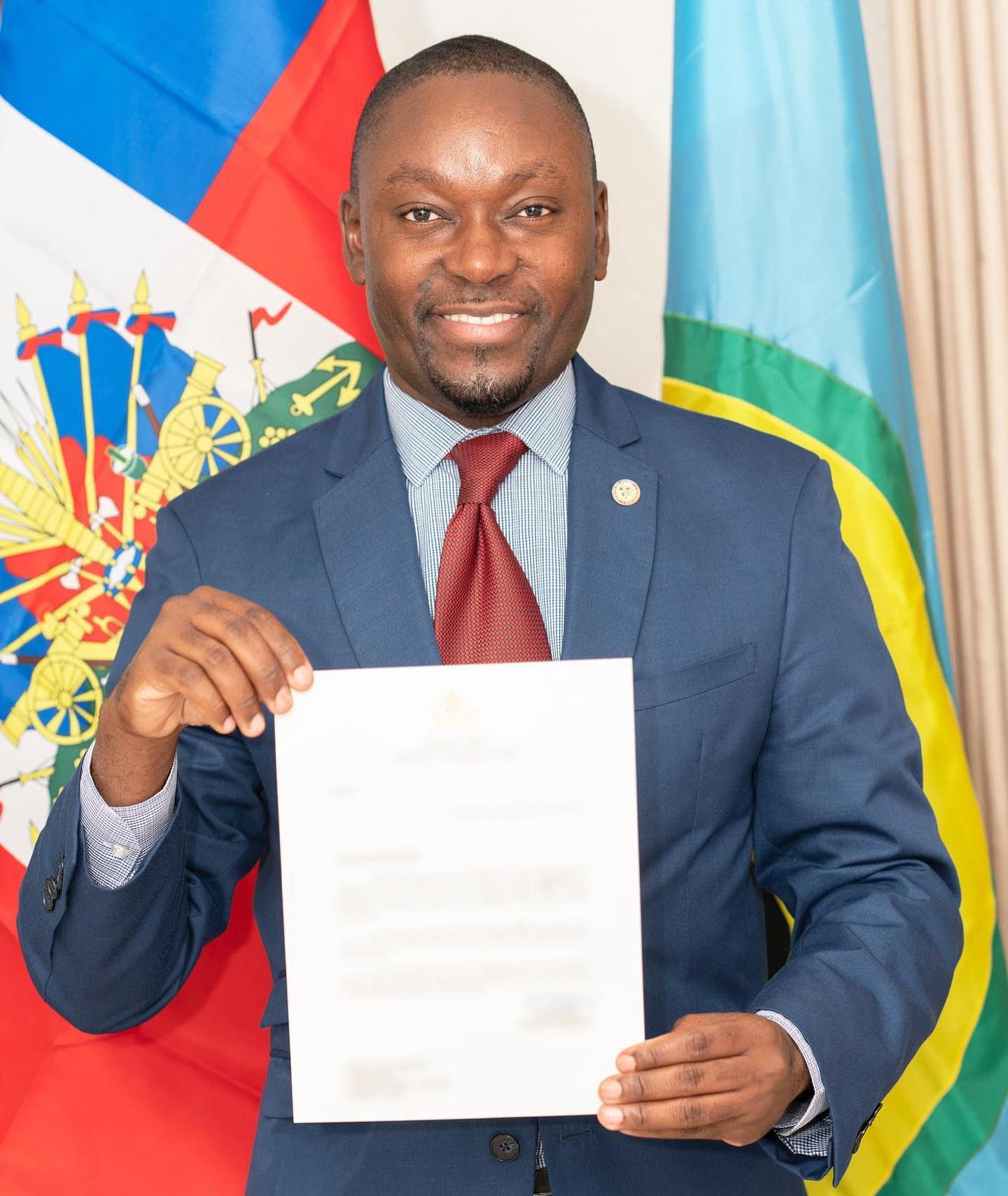