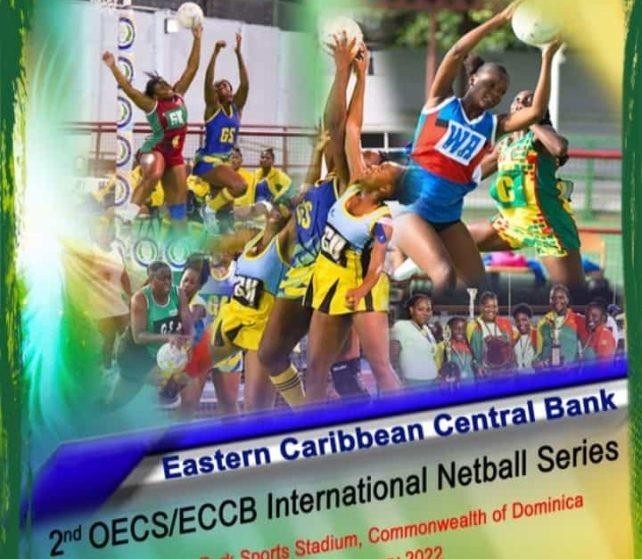 Barbados remains the only undefeated team left in the OCES ECCB International netball series, as they erased a 10 point deficit at the half to hand St Vincent and the Grenadines their first loss Thursday night at Windsor Park.

Netball fans were treated to a top of the table clash, as the two unbeaten juggernauts clashed in the featured match of the evening.

It was St Vincent who came out with the impressive start, as the red hot, tournament leading scorer Mary-Ann Frederick signaled her intentions early as she scored 11 first quarter points leading St Vincent to the 12-6 lead at the end of the first period.

Frederick carried her form into the second quarter and St Vincent led 26-15 with Frederick leading the way with 25 points from 29 attempts.

Barbados turned things around in the 3rd quarter and limited Frederick to just 9 attempts on goal and Bajan goal shot Faye Agard came into her own elements, as she went perfect from the field to lead the fight back for Barbados.

The 10 point lead was cut to 3, with St Vincent leading 34-31 heading into the final period.

The 4th quarter was more dominance from Agard, as Barbados pressed on their advantage and took the match 48-42.

Faye Agard led Barbados with 23 from 29 attempts, Latonia Blackman added 16 from 24 and Brianna Holder 9 from 12 attempts.

Mary-Ann Frederick shot 39 from 48 attempts while Shellisa Davis a disappointing 3 from 16 attempts.

The win was the 5th straight for Barbados and they now top the standings with 25 points.

Despite having ended the tournament with a perfect 5-0 record, the title of the top team in the OECS was decided between St Lucia and St Vincent & the Grenadines with St. Vincent ultimately being declared the winner.

Barbados the number 13 ranked team in the world, is not a member of the OECS and participated as tournament invites.

St Lucia on the other hand made things very interesting as they beat host country Dominica to move into a 2 way tie with St Vincent and the Grenadines for the championship position.

Dominica suffered their 4th straight loss, as they ran out of steam in the second half going down to St Lucia 43-26.

St Lucia were leading 23-16 at halftime before pulling away in the second half limiting Dominica to just 10 points.

Roxanne Snyder led all scorers with 29 points from 38 attempts for St Lucia. Safiya Paul added 11 from 18 and Megan Nestor 3 from 6.

While for Dominica Celena Langlais made 18 from 22, Kyla Winston 7 from 11 and Lisa James 1 from 5 attempts.

St Lucia and St Vincent and the Grenadines are now tied with 16 points.

And Antigua and Barbuda ended their run in the tournament on a winning note, as they edged past St Kitts and Nevis 45-42.

Aaliyah Gisbon shot 28 from 39 from the field and Rochella Challenger 14 from 16 attempts for St Kitts.

While Reyana Regis put up another solid shooting display for Antigua as she made 37 of her 50 attempts.

While Amey Luke converted on 8 of her 10 attempts.

With the win Antigua has been guaranteed a 4th place finish in the tournament with 13 points.

The curtains will be drawn Friday on the OECS ECCB International netball series.

The top team in the OECS will be decided when St Lucia takes on St Vincent & the Grenadines at 6:30pm.

While at 6pm Dominica will play St Kitts and Nevis, both teams are winless so far in the tournament.