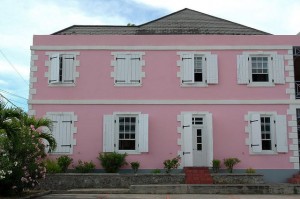 The Second Meeting of the Fifth Session of the Eighth Parliament resumes at 10:00am on Monday, September 22, 2014 with the House continuing debate on the Supplementary Estimates of Expenditure for the period January 1 to June 30, 2014.

Prime Minister and Minister for Finance the Honourable Roosevelt Skerrit moved a motion seeking approval from the House for Supplementary Estimates of Expenditure amounting to forty-five million, fifty-six thousand, nine hundred and twenty-seven dollars and twenty-two cents ($45,056,927.22) when Parliament got underway on Thursday, September 18, 2014.

This amount represents advances made from the Contingencies Fund for the period January to June, 2014. In presenting the motion, Prime Minister Skerrit gave a detailed breakdown as to the source of funds outlining amounts coming from local resources, grants and loans.

The motion seeking approval for Supplementary Estimates of Expenditure for the period January 1 to June 30, 2014 is in accordance with the provisions of Section 80 (1) of the Commonwealth of Dominica Constitution Order 1978 as well as Section 12 of the Finance Administration Act, Act No. 4/94. This allows the Government of Dominica flexibility in incurring expenditure not originally approved in the annual budget and subsequently seeking approval of the Parliament for such spending.

The House resumes at 10.00 o’clock this morning.