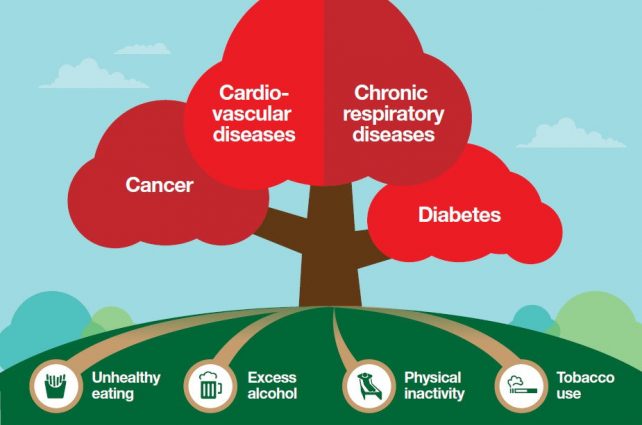 Prime Minister Roosevelt Skerrit is challenging the Ministry of Health, Wellness and New Health Investment to redouble its efforts to fight the scourge of CNCD’s in Dominica.

He was addressing a ceremony held virtually last week, where Dominica received certification as a country that has achieved the Elimination of Mother-to-Child Transmission (EMTCT) of HIV and Syphilis.

“I also want to challenge the Ministry of Health in Dominica to redouble our efforts to fight the scourge of CNCDs [ Chronic, non-communicable diseases] in our country,” he said.

Skerrit continued, “I see CNCD’s as being one of the major threats to our national and regional economies where so many young people are suffering from diabetes and the associated illnesses and also suffering from strokes and heart diseases.”

The prime minister is of the view that this can be prevented if proactive preventative measures are taken.

“We have to focus more on prevention rather than spending monies on treating CNCDs,” he stated.

Reports from WHO states that chronic non-communicable diseases (NCDs) tend to be of long duration and are the result of a combination of genetic, physiological, environmental and behavioural factors.