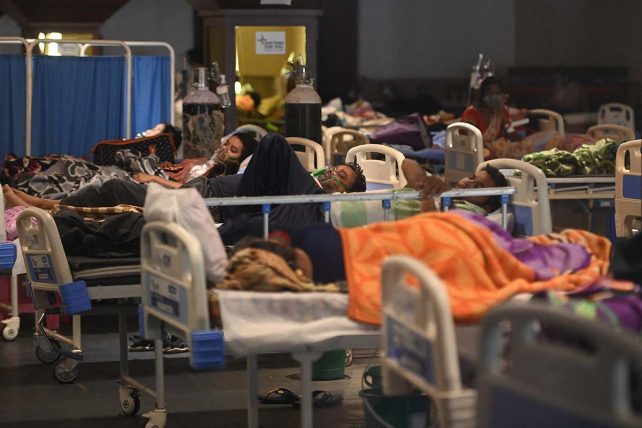 Prime Minister Roosevelt Skerrit has expressed solidarity with India as the country grapples with what is considered one of the worst coronavirus surges, with over 300,000 people testing positive daily and more than 200,000 dead.

The government of India had supplied Dominica with a gift of 70,000 of its Oxford AstraZeneca vaccines in early February after the prime minister had requested access to the shots via letter on January 19, 2021.  Skerrit was among 92 world leaders who had made a similar request at the time. Within weeks, India became the first country to provide Dominica with vaccines, which immediately prompted a mass vaccination campaign in the country.

“As Chairman of the Organization of Eastern Caribbean States (OECS) and Prime Minister of the Commonwealth of Dominica, I wish to affirm that we stand united with India in the hour of need.  India as a country stood alongside our vulnerable nation at our time of need. Not only with the Commonwealth of Dominica but also with our neighbours right here in the Caribbean in the selfless donation of AstraZeneca vaccines. The leader of the great country of India, Prime Minister Narendra Modi, recognized the plight of his Commonwealth brothers and acted swiftly in making the vaccines available,” the prime minister said via his Facebook page.

Currently, India is in short supply of oxygen, medicine and hospital beds, which is further compounding the pandemic. Crematoriums have also been overwhelmed. According to Reuters.com, Delhi state is reporting one death from Covid-19 every four minutes and bodies of victims are being moved to makeshift crematorium facilities in parks and parking lots, where they are burned on rows and rows of funeral pyres.

Indians are rushing to register for vaccinations online but experts are concerned that while the country is one of the world’s biggest producers of vaccines, it does not have sufficient stocks for the estimated 600 million people who are eligible for the shots. Only about nine percent of India’s population has received one dose of a Covid-19 vaccine since the country’s vaccination campaign began in January, according to media reports.

“With a huge population and a significant strain on its medical system, it is a country in its darkest hours. As we all know, this pandemic has swept through many western countries which have suffered similar loss of lives,” Skerrit said adding, “Let us all keep the people and government of India in our prayers as they continue to grapple with the Covid-19 pandemic.”