The police have said that the arrest of well-known vlogger Lynworth (Mystelics) Mitchell  of Portsmouth, and videographer/photographer Jawanza Stuart of Castle Comfort, is a result of ongoing police investigations without intervention by anyone else.

“Sometime about 5:00 p.m. on March 3, 2021, the drone was seen flying over the Prime Minister’s official residence at Morne Daniel. The officers on detail at the said compound attempted to keep track of the drone but eventually lost sight of it completely.”

He continued, “a few minutes after, the drone fell to the ground outside the eastern wall of the Prime Minister’s farm which is right next to his official residence.”

Inspector Carbon said that the device was later recovered about 5:15 p.m.  by the said Officers and seized for investigation.

The Police PRO described claims that the drone was intercepted by a Chinese national as “patently false.”

“This has been a direct police intervention from the very beginning. It was officers who intercepted the two occupants of a Mitsubishi pickup registration number TL654 which was in the vicinity of the farm in question. They were apprehended after they disembarked the vehicle and were inquiring about the fallen drone,” he explained.

The vehicle in question was also searched and subsequently taken, along with the two individuals, to police headquarters.

“The ongoing investigation into the matter is continuing and the men remain detained at the Roseau Police Station,” Inspector Carbon stated.

Meantime, a group of people gathered outside of the Police Headquarters today demanding the release of Mitchell and Stuart. 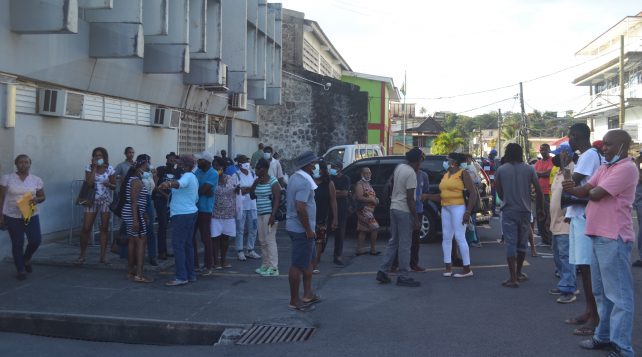 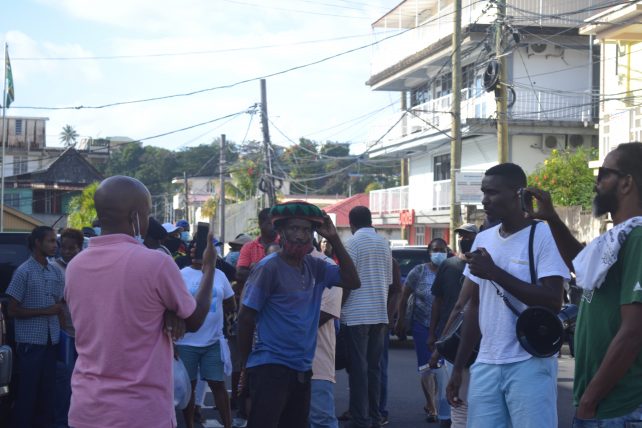