The Barbados Labour Party has retained power and won the 2022 General Election, Loop News has reported.

In a snap election called 18 months before it was constitutionally due, the Barbados Labour Party (BLP)  has been able to make history twice over by once again winning all 3o seats and also as the first party to win the first general election since Barbados transitioned to a parliamentary Republic.

According to Loop News, Prime Minister Mia Amor Mottley has said that she believes in two-term leadership and believes that this may be her last term in elective politics. Now the ninth prime minister to lead Barbados, Mottley has further stamped her name in the annals of the country’s history.

At the launch of the BLP 2022 manifesto, Mottley, according to Loop News, cautioned residents and citizens against voting for an opposition and her request and word of warning have seemingly not fallen on deaf ears.

With counts commencing across most constituencies from after 9pm, Barbadians had to wait until  the early hours of Thursday morning to learn who will be their next government.

“From the earliest boxes, it was clear that the incumbents would be hard to dislodge.  Even those seats which were being closely watched turned out to be nothing more than a momentary blip,” Barbados newspaper, Nation News reported.

Neither the BLP’s main opposing contender Democratic Labour Party (DLP) under the leadership of Verla De Peiza, nor the emerging parties, including the coalition Alliance Party for Progress led by former Opposition Leader Bishop Joseph Atherley, made any impact with the electorate.

The DLP is expected to hold a news conference later today, concerning the election result. 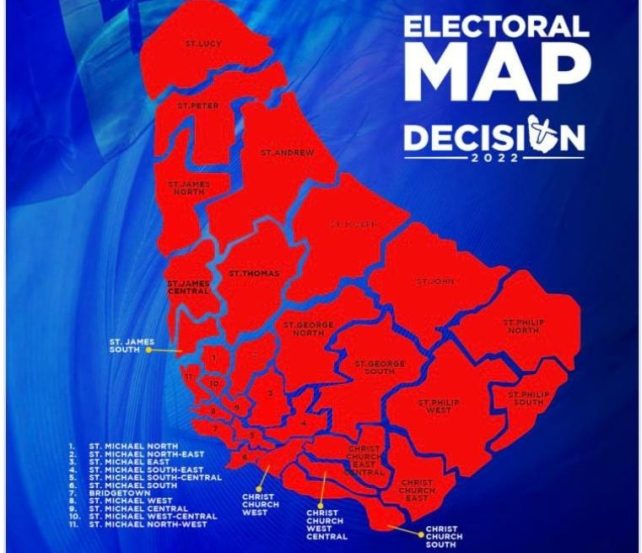