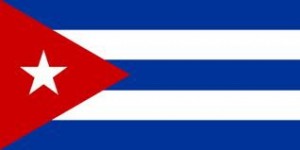 Cuba’s ambassador to Dominica Juana Elina Romos Rodriguez says her government is confident that it can count on the support of the international community its fight to end an economic, commercial and financial blockade imposed by the United States of America.

For the 20th consecutive occasion, on October 25th, Cuba will send for the consideration of the UN General Assembly a draft resolution entitled, “Necessity of ending the economic and commercial and financial blockade imposed by the US against Cuba”.

Rodriguez told a press conference this week that the blockade against Cuba remains in place and is further intensified despite the repeated demand by the international community to have it removed.

She says no blockade has even been as far reaching and brutal against a people as the one being implemented by the US against the Cuban population for half a century.

“The blockade violates the international law and is against the purposes and principles of the Charter of the United Nations. It is a transgression to the right of a sovereign state of peace, development and security and in its essence and objectives, an act of unilateral aggression and a permanent threat against the stability of a country,” she said.

She stated further that the blockade causes shortages and needless suffering to the Cuban population, limits and retains the development of the country and seriously damages the Cuban economy.