Heavily armed members of the Special Security Unit (SSU) of the police force are now guarding the House of Assembly building in Roseau.

The Third Meeting of the Fourth Session of the Eighth Parliament will be held on Monday, September 30, 2013 from 10:00 am.

Among matters on the order paper is the Election of President and Charles Angelo Savarin will be government’s nominee for the election.

The Opposition United Workers Party (UWP) held a convention rally on Sunday as part of it 25th anniversary celebrations in Londonderry and has made it clear that the choice of Savarin as president of Dominica “will not stand”.

The party has called on supporters to converge on Roseau and assemble outside the new State House around 5:00 pm to “protest” against Savarin taking up the office of president. 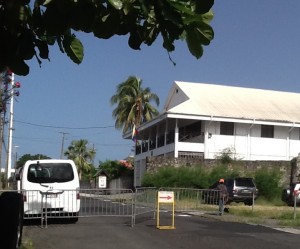 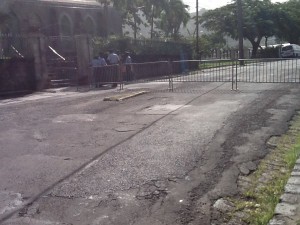