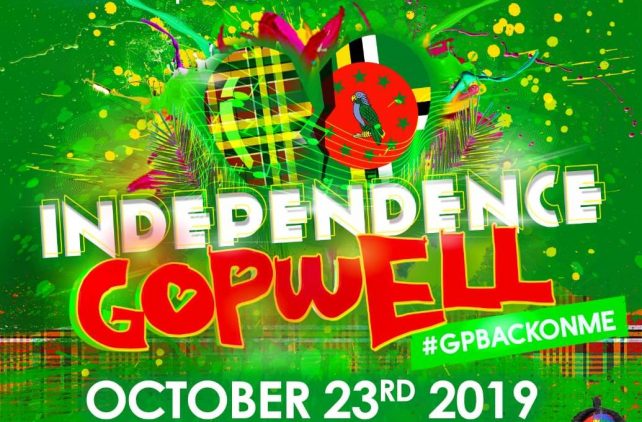 Plans are in place for the staging of the second edition of ‘Independence Gopwell’ this year.

The event, also known as the official Creole in the Park (CITP) after party, is scheduled to take place at The Strip on the Loubiere Highway on Wednesday, October 23rd from 9:00 p.m.

“The show was created for locals and Diasporas alike,” Organizer of the event, Dane ‘Danejahdane’ Smalling told Dominica News Online during an interview on Friday. “Normally my active season in events will take place in April, but during that the Diasporans are not around.”

Smalling, who is Jamaica-born and now a Dominican citizen, explained that they [the Diasporans] always complained about the timing of the show, “so last year I decided to give them exactly what they wanted because they know after Creole in the Park, a bar lime alone that existed before, now we are trying to give people places to go and things to do.”

According to him, for foreigners who are visiting Dominica for the first time, “we want to give them a very good experience of the culture and the country itself as it relates to entertainment.”

A number of regional and local Dj’s will form part of the line-up for the event. This year, performances will come from DJ Private Ryan from Trinidad who is known as the number one Soca DJ in the world and DJ Puffy from Barbados who is the Red Bull freestyle champion, while the local Dj’s will include Midian Pacquette, unstoppable DJs, Dj MJ, Dj Snow, and DaneJaDane.

Bouyon artistes such as Trilla G and Reo, will also form part of the event.

Smalling is encouraging the public to purchase their early bird tickets, available until Friday, October 4th for $30, “after that it goes up to $40.”

“VIP tickets are limited and [are] 70 % booked out already because we are only catering for a certain number. So they are being encouraged to purchase their VIP tickets as soon as possible,” Smalling said.

Smalling revealed that there will be a special invited guest who will be preparing food for the V.I.P, Jamaica’s number one seafood chef, Evrol Ebanks.