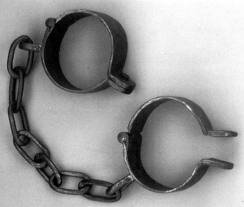 NEW YORK, USA — Three Caribbean countries — Antigua and Barbuda, Barbados and St Vincent and the Grenadines – on Saturday called for reparations for injustices suffered by African slaves and their descendants.

The prime minister of Antigua and Barbuda, Baldwin Spencer, said that segregation and violence against people of African descent had impaired their capacity for advancement as nations, communities and individuals.