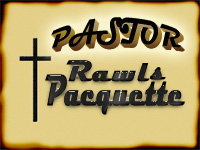 Grace, mercy and peace from God through his son Jesus Christ.

Dominica is one of the most peaceful places to live in. We have our differences but murders, are you kidding? Why is this happening today? Because there are  parents that have no control over their children, don’t want other parents to correct their children if they are doing something wrong when they are not around.

We have to put God first in everything we do. Our murder problem is not going to go away soon unless we start hanging those murderers. The word is discipline. If we want a better society we need to discipline our children from the time they are little, if not the law will discipline them for us in prison. Parents have to wake up before it is to late, time is running out. Soon your children will be to old to discipline.

President Lincoln said any man with a godly mother is not poor. Whatever we need God has: love, joy, peace, happiness,  wealth, glory, etc.

MATTHEW 4: 3 and 4, “And when the tempter came to him, He if thou be the Son of God, command that these stones be made bread. But He answered and said, ‘It is written, man shall not live by bread alone, but by every word that proceedeth out of the mouth of God.'” That is why we must obey God at all times.

Let Jesus Christ be our guide, let him be a light to our path, let people see the Christ in us. Now is the time to REPENT of our sins and ask God to be our Master, Lord and Savior. All you have to say is, “God forgive me for all my sins through Christ Jesus.”

The Bible said all that call on Christ shall be saved.

It is time we as Dominicans stand up and stop those criminals by reporting them to the authorities. Let us unite and get rid of those criminals to build a better future for Dominica. If investors are not safe then who is going to come and invest in Dominica?.