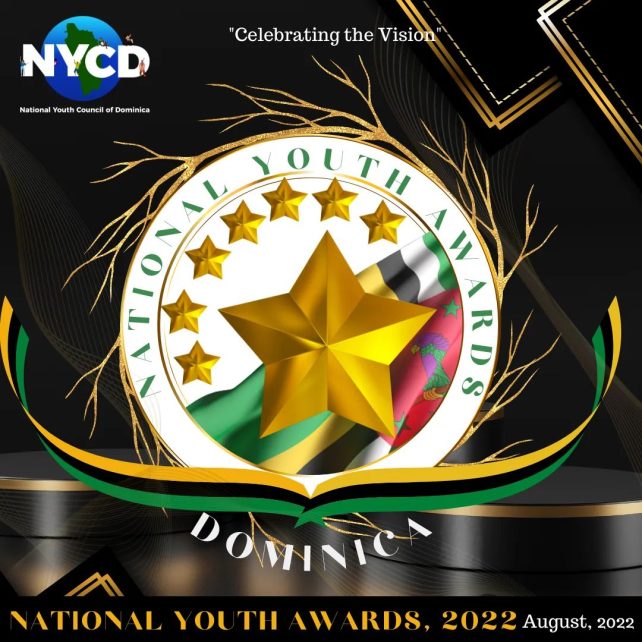 Speaking during a press conference, President of the NYCD Ashma McDougall reported that the award ceremony, being led by First Vice President Phael Lander, is being reintroduced as an opportunity to highlight many youths on island who are contributing positively to the nation’s development.

“There are many different factors that have caused this to not occur but within our climate and environment, now it has become the norm to forget the great deeds and hard work that we [youths] placed into many of the different sectors and industries we are involved in, whether that be agriculture, sports, community development leadership,” she stated.

“And so this executive recognizes the importance of endorsing young people’s abilities and rewarding their achievements. And therefore the NYC celebrates the hard work of youth, in turn making young people feel appreciated and well respected,” McDougall added.

The president stressed that this recognition will do “wonders” for encouraging many young people, as those who feel appreciated for the work they do, are likely to continue working with an enthusiast and for those who didn’t, we’ll perhaps push and strive more.

The general format of the NYA will include the key activities such as the call for nomination which officially got underway on April 4; the form has been posted on the NYCD Facebook and Instagram pages. Then,  the judges on the selection committee will be reviewing the applications throughout June 2022 and the award ceremony will be held in August 2022.

McDougall indicated that as part of the general criteria, the youth must be a Dominican citizen resident on island except for one award. Self-nomination is not allowed for these awards, and all nomination forms must be received by May 30, 2022.

The NYCD president issued a call to the private sector to come on board to sponsor and recognize the talents of the youth and the contributions that they have been making.

Additionally, the National Youth Council is embarking on revitalizing the Kalingo Youth Council which McDougall says seeks to be a representative voice for indigenous youth in Dominica, particularly those within the Kalinago Territory.

“We recognize the special and vulnerable status of indigenous youth everywhere and we strive to address the issues that affect the Kalingo youth and serve as a united and powerful advocate for empowerment, and progress of Kalingo youth,” she declared.

In hopes of having the KYC inaugurated before 2023, the NYCD  will officially open the call for delegates on April 8 to 18, 2022, then host a general assembly on April 30 at the Kalinago Barana Aute, which will convene to elect the executive of the KYC.

The KYC has four main structures in place – the Kalingo youth assembly, the Oversight Committee, the executive of the KYC and the standing committees.

The NYCD will itself be hosting  its first general assembly for 2022 to 2023 year celebrated under the theme ‘transformative dialogues for resilient youth.’

Also on their agenda of activity for the year is the formation of a National Youth Caucus, which seeks to not only bring a wider presentation of youth together in one shared space but also aim to have young people engage in current and forward-thinking discussions and debates.

“And so this caucus will provide youth with a structured and formal avenue to share their thoughts,  to share their opinions, their perspectives on matters of national importance, while also collecting feedback and responses from youth who may prefer to shy away from the spotlight of the National Youth Parliament,” McDougall pointed out. “More importantly, the National Youth Caucus is an opportunity to dialogue as youth pre-budget.”

Given the increase in plastic bottles which the NYCD president acknowledged has increased littering in our society and “indiscriminate dumping,”  the council saw the need to implement a project dubbed ‘Cycle-plast’ which they hope can change citizens addressing the littering pandemic on island while supporting the government’s plastic ban policy implemented in 2019.

“This plastic bottle incentivized scheme ‘Cycle-plast’ we will collect plastic at particular supermarkets in Dominica and the `NYCD through a grant funded by JEF small grants will invest in a reverse vending machine which will be installed at a partner supermarket in Roseau to encourage people to recycle plastic bottles,” McDougall revealed.

Despite the emergence of the COVID-19 pandemic, the NYCD head acknowledges that her executive has undertaken several key initiatives including the return of the National Youth Parliament held last month.

Two other noteworthy projects which the 2021-2023 executive are eager to fully introduce to the public is; ‘Employee Me’ a platform for job listing which focuses on creating a bridge between youth seeking employment and employers who do may vacant positions as well as ‘Tutor Me,’ a two-fold project where Dominica State College (DSC) student earn service hours by tutoring high school students in different subject areas and disciplines.