Dominica News Online (DNO) first reported on Thursday, January 9, that the UWP had chosen Charles to replace Dr. Thomson Fontaine who, according to Prime Minister Skerrit, was removed as senator because he missed three consecutive sittings of parliament without “the expressed authority of the Speaker.”

Charles, who is the UWP’s candidate for the Roseau Valley, received his instrument of appointment on Friday, 11th January, from His Excellency, Charles Savarin.

Opposition Leader Lennox, in commenting on the appointment, said the President responded in quick time to his  recommendation and Charles will be taking his oath of office at the next sitting of Parliament.

Charles’ instrument of appointment from the President can be seen below. 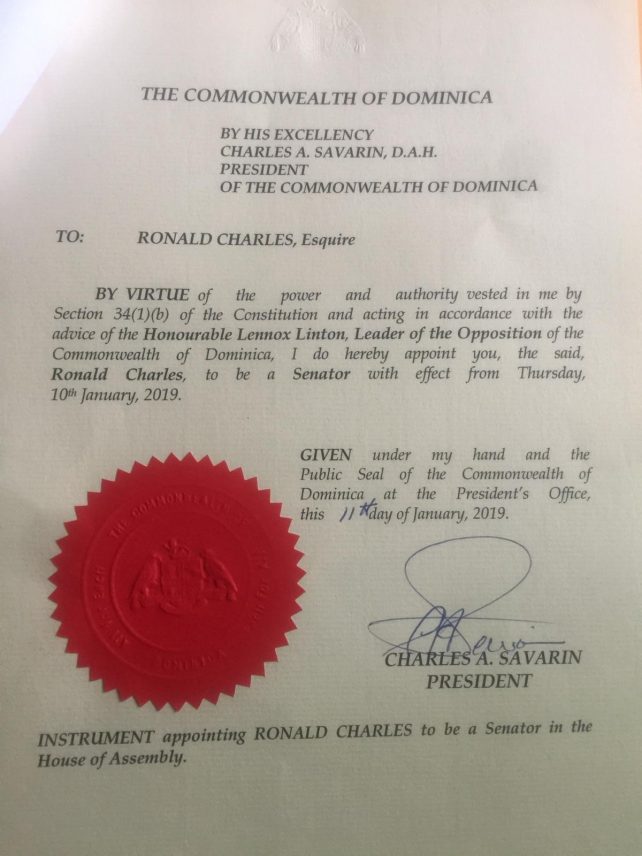