When the senior women national team takes on Guyana early next year in its first encounter in the CONCACAF championship, it is expected that the team will be sufficiently prepared to give a good account of themselves.

This is because the Dominican Football Association (DFA) recently received approval from the government to have the team begin training ahead of the upcoming CONCACAF Women’s Championship tournament scheduled for February of 2022.

DFA Public Relations Officer (PRO), Gerald George, announced recently that the DFA had discussions with the environmental health department and the ministry of sports where a number of protocols were agreed upon.

“Dominica will play its first game against Guyana in an away match on February 16th, and then we’ll take on Trinidad and Tobago in our home game on February 20th. The ‘Nature Island Ladies’ will have another home game on April 6th when they come up against Turks and Caicos Islands to be followed by an away game against Nicaragua on April 12th,” he said in a press statement.

Meantime head coach of the senior women national team, Albert Titre said the ladies are responding well to the training so far.

In an interview state-owned DBS radio, he said the ladies were anxious to get back on the field.

“We are so pleased. The ladies have been… talking about getting back on the field and they have been doing the own personal training from the home, so it’s just welcoming to see,” Titre said.

He noted that his team needs to work on their energy, mobility and fitness. However, he said good progress is being made.

“We are to work on attitudes of the players,” he pointed out. “As you know, we’re in a pandemic so this is key to get the players mentally ready and I believe once the ladies are positive, we will give a good challenge.”

The DFA has thanked the Environmental Health Department and Ministry of Sports for their collaboration. 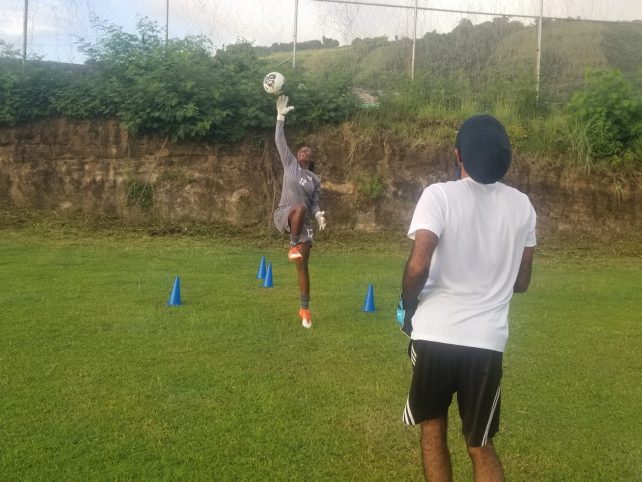 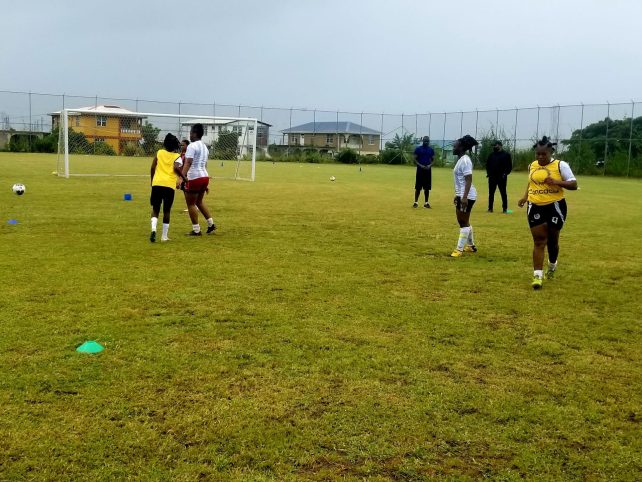