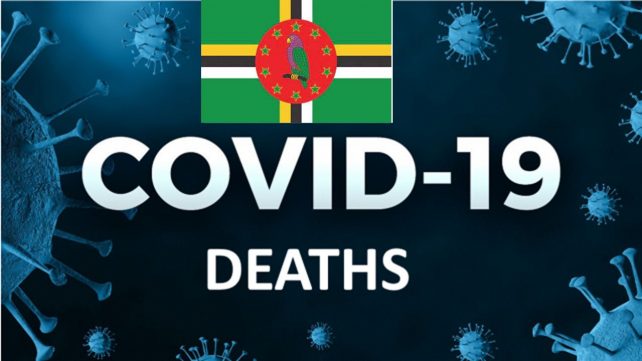 Dominica has recorded 6 Covid-19 associated deaths since the surge which began in July this year.

According to National Epidemiologist, Dr. Shallaudin Ahmed who made the disclosure during a press briefing on Wednesday night, all 6 individuals were unvaccinated.

The epidemiologist also presented some more information about the island’s 1st Covid-related death which occurred on August 14th, 2021.

According to Dr. Ahmed, the victim was a 46-year-old female with comorbid conditions of diabetes, who had been diagnosed on August 11th, 2021.

He said that first case was peculiar in that the victim did not present any flu-like illness during her admission and most of her stay at the quarantine facility.

He added, “On the day that she died her blood sugar was very high and it was told that she did not adhere to diabetic medication.”

Dr. Ahmed also provided some details about of the 2nd and the 3rd deaths which occurred on August 26th, 2021.

He a PCR test for the 70 year-old was repeated on August 16th before he died, and it was negative.

“Our 6th case died on September 5th 2021. He was a 93-year-old, he was diabetic and hypertensive and unvaccinated,” Dr. Ahmed noted..

The 6 deaths which have occurred so far include 3 males and 3 females between the ages of 46 and 95 years with a median age of 76 years.

“Comorbid conditions 1, only diabetic; 2 of them were only hypertensive and 3 were both diabetic and hypertensive,” Dr. Ahmed explained.

The total number of Covid cases for the period of July 28th to September 7th, according to the National Epidemiologist, is about 1965 cases.

In terms of vaccine coverage, he said 49% of the adult population have taken at least one dose of the vaccine and 44% of the target population is now fully vaccinated.

On Tuesday 7th September, the total number of cases was 33% less than the previous day.