The Prime Minister spoke at the Windsor Park Sports Stadium on Thursday night at the celebration of the ‘And Can It Be’ thanksgiving concert, two years after the passage of Hurricane Maria.

“We must invest in our future through our collective efforts, to build Dominica and most important, by putting an end to the dangerous and divisive political tribalism and polarization that is keeping us apart and stopping some from giving their best to our country and to each other,” he said

Skerrit added that the division is a play on our national identity and sense of unity as a people.

“Just as we restored broken homes and road ways, just as we replanted lost crops, just as we pieced our country back together, we must now sow seeds of national unity, binding up old wounds and creating an environment of peace of national unity and a common and collective consciousness of who we are, what we are capable of and a belief in our capacity to inject new dynamism in Dominica,” the prime minister suggested. 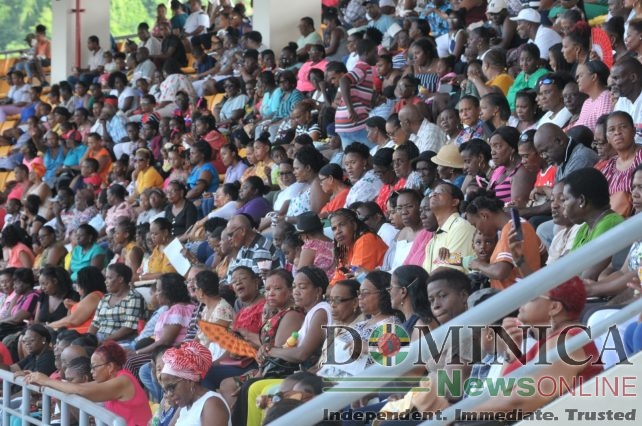 Skerrit further added that post-Hurricane Maria, Dominica has made major improvements in its recovery process in restoring electricity, water and the economy in a short space of time.

“In many regions after natural disasters in the absence of water, electricity and basic supplies diseases spread and people died, not so here in Dominica. We sourced and distributed food, drinking water and medical supplies as quickly as we could once we could navigate through the rubble,” he remarked. “After Maria, government had appointed teams to ensure the re-connection of both electricity and pipe warm water. Within months, there was vigorous cleanups to ensure the health of citizens was protected.”

He said right now, Dominica has advanced water projects in the communities of Westley, Woodford Hill, Marigot, Salisbury, La Plaine, Boetica, Savanne Paille, Grange, Glanvillia, and Picard among others, as well as major improvements of roads, bridges, sea defenses and drainage all over the country.

He also added that the private sector was facilitated in starting and reopening businesses; farmers and fishermen were supported and public officers never went unpaid even for one day.

The country belongs to all Dominicans, Skerrit declared adding that it is their duty and responsibility to work together to build a new and prosperous country.