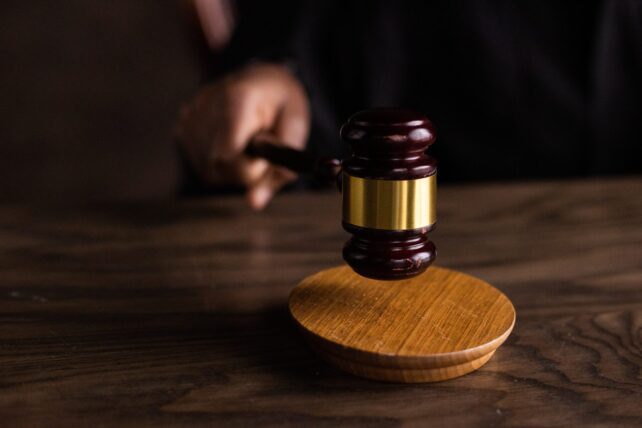 Two men, Rupert Jules of Soufriere and McBill Olive of Point Michel were arrested and brought before the court charged with wounding each other. While one pleaded guilty to the offense, the other maintained his innocence.

On August 2, 2022, Jules appeared before the Roseau Magistrate court where he pleaded not guilty to wounding Olive on July 30, 2022, at Soufriere.

Jules, who was granted station bail in the sum of $1,500.00 following his arrest, was released after his court appearance with the continuation of his bail in the same amount and with the same conditions.

His matter was adjourned to December 6, 2022, for the start of his trial.

Meanwhile, Olive who was not granted station bail, appeared in court on the same day charged with four offenses which occurred on July 30, at Soufriere.

The Point Michel man pleaded not guilty to two counts of resisting arrest and guilty to throwing missiles and wounding.

Despite his guilty plea, Police Prosecutor, Inspector Davidson Cadette, opted for a trial for all the matters “considering the facts surrounding the case,” he told the court.

Inspector Cadette did not object to bail for Olive but the defendant’s proposed surety was not appropriately dressed for court and as such he was remanded into custody at the Dominica State Prison, with bail opened to him.

In other court news, the police have brought a charge of wounding and malicious damage against a St. Joseph man.

He further stands charged for malicious damage for allegedly setting fire to certain items namely a mattress, bed and electrical wires which are valued at $3,000.00 belonging to Fritzroy Defoe being in the dwelling house of Finley Defoe. The charge further stated that the offense was committed in such a manner that if the building was to set on fire, the accused would have committed a felony. Defoe was not required to enter a plea on this charge as it is an indictable matter and is expected to be heard at the High court before a Judge and jury.

Police Prosecutor, Inspector Cadette did not object to bail. However, the accused was unable to present a surety to the court and as such he was remanded into custody at the Dominica State Prison.