The 4th annual Auto Sport Show has been deemed a success by organizers.

The show took place at Sikwi Park in Castle Bruce over the weekend, where auto enthusiasts showcased the best of bikes, cars, buses and SUVs in music, design and driving skills. The event was organized by 767 Street Promotion – Krew meets Krew to enhance the sport in Dominica.

Lead organizer, Sherian”Ching”Austrie tolk d DNO news that events such as this bring people together, especially young men, and it was evident on Sunday, by the large crowd that showed up from across Dominica.

However,  she lamented what she portrayed as a lack of support by government officials who she claims, don’t  see the benefits of this event and fail to embrace it.

“Auto sports is very poor (in Dominica) due to the fact that we don’t get much help from the higher authorities,” Austrie said, adding that her group has been lobbying government for support but they have flatly refused to assist.

“We go to the higher authority and they give us a negative vibes, but we go ahead because that’s a sport that we love. There are people who love basketball, football and this (auto) sport is also a sport, and I think that the Minister of Sport should take this into consideration,” she noted.

Austrie wishes that those in authority would understand and see the value in this sport and throw their support behind it.

“We have asked them for the Canefield airport (runway); we ask them for a lot of stuff . Sometimes, we (the bikers) go out to St. Lucia to represent us (Dominica) and still we doh get the support that we need”. 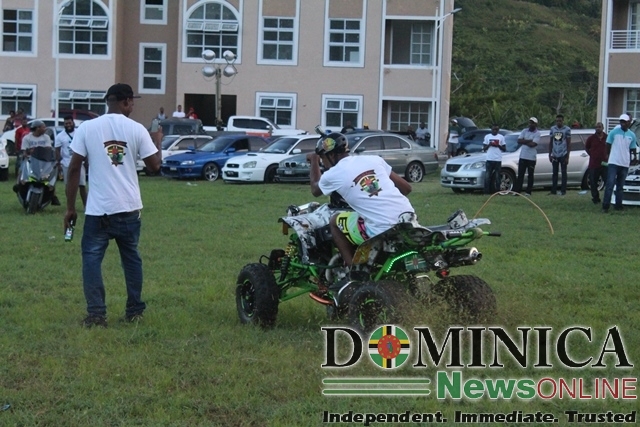 While many welcomed the Auto Sport Show in Castle Bruce, footballers felt that Sikwi Park is not the right location to host the event. They were concerned that the grounds were being destroyed by the vehicles while the owners were demonstrating their driving skills.

Auto Sport is very popular in other Caribbean Islands.  The governments of neighbouring islands such as Barbados, St. Vincent & the Grenadines, Antigua & Barbuda, Jamaica, St. Lucia etc have embraced the sport and developed it to meet international standards in some cases with participanys coming from as far afield as Australia.

767 Street Promotion believes that Krew meets Krew Auto Sport Show can contribute to Dominica’s tourism product as is the case in Barbados and other islands.

The winners of the varios categories of the event are listed below. 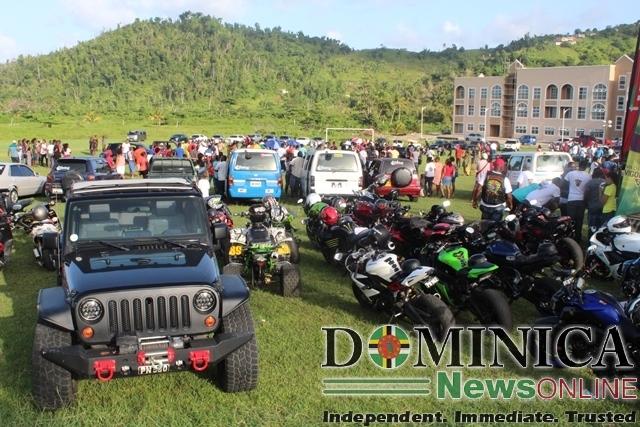