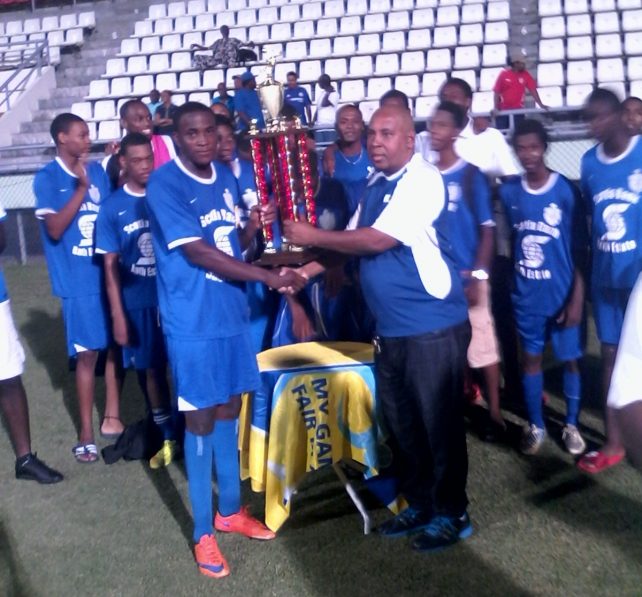 Bath Estate FC are the Champions in the All Island league.

They defeated Digicel Newtown Academy Harlem untd 5-4 on penalty kicks at the Windsor park stadium on Saturday, after their match ended 2-2 at regulation time.

Derrickson McDonald opened the scoring for Bath Estate in the 12th minute of play. Chris McIntyre got the equalizer for Harlem in the 29th minute. Nine minutes later Chris McIntyre was again in the spotlight as he put Harlem ahead, giving them a 2-1 advantage at the interval. Derrickson McDonald equalized for Bath Estate late in the second half to send the match into overtime. After 30 minutes of overtime the match was still locked at 2 goals apiece.