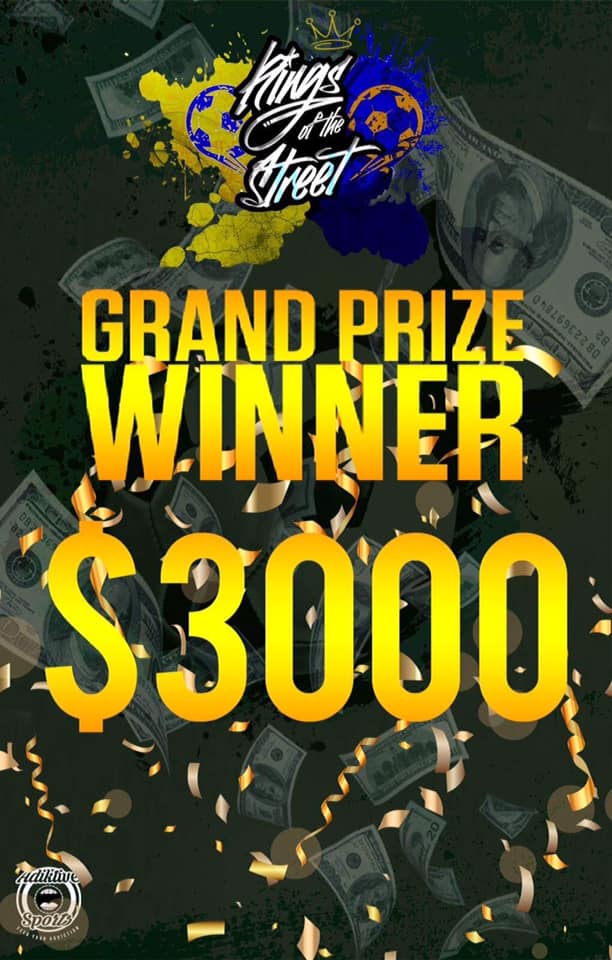 ADIKTIVE SPORTS, a newly formed sports promotional group in Dominica composed of young but dynamic individuals passionate about sports and about harnessing its transformative power for positive social change, has announced the Cash Prizes for the winners of the Kings of the Street (street football tournament) this year.

There will be Qualifying Pocket Tournaments in different zones around the country, namely Castle Bruce, Mahaut, Goodwill, and Point Mitchel starting on the 19th of May, this year. This will culminate with a 2-day FINALS EXTRAVANGANZA at Goodwill to showcase the TOP 12 teams from all over the country.

There will only be limited slots available for every qualifying pocket tournament. All teams are encouraged to register early.

Funds to be raised from this tournament shall be used to help build an envisioned mobile sports academy dedicated to all vulnerable children and young people in Dominica.