The team of 12 is set to leave island from March the 7th to represent Dominica among the 170 nations that will be participating in the upcoming event.

She wished the athletes success and expressed the hope that they will bring home gold medals. She also assured them that she will be supporting and cheering them on from home, and looks forward to celebrating with them upon their return.

“As your company continues to demonstrate concern for humanity and the improvement of the quality of life of Dominicans, we congratulate you on your achievement in Dominica as you continue to show that special Olympics is an integral part of the development of human beings. We are delighted with the pronouncement made by your Digicel CEO, Denise Obrien a few years ago, that he’ll continue to pledge his support at the Special Olympics as long as he is alive,” Irish said.

He praised Digicel and its Chairman for living up to “the expectation of true Champions” by coming to the rescue of “the determined people from Special Olympics.”

The World Games will be held from March 7th to the 22nd 2019 in Abu Dhabi where some 7,500 athletes from more than 170 nations will gather to participate in 24 Olympic-type sports.

Irish said the Dominican athletes will be competing in two sports disciplines: athletics (track and field) and bocce which is an Italian game similar to bowls .

He said that without the pledge from Digicel, Special Olympics Dominica would be left wondering how they would  get to the games and for that, he is grateful.

Since its launch in Dominica in 2006, Digicel has been a major partner and supporter of Special Olympics and continues to host several fund-raising activities to assist the team in its endeavors. 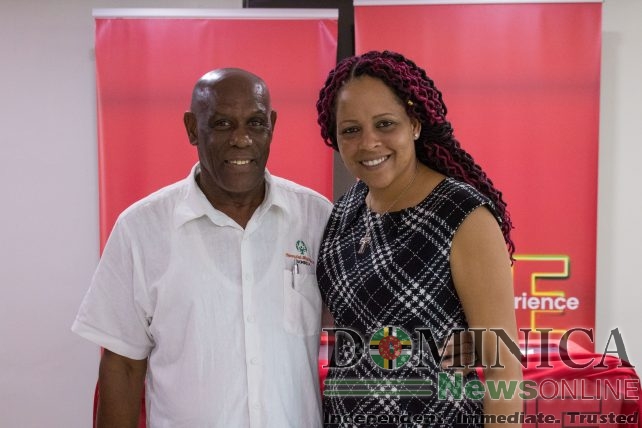