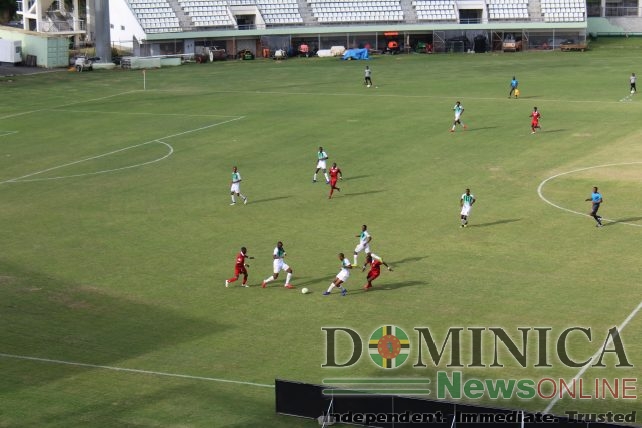 Dominica went down to Suriname in its first game of the CONCACAF group of nations 2-1 at the Windsor Park Sports Stadium.

Suriname took the lead in the sixth minute of play through striker Gleofilo Vlijter who capitalized on a defense blunder and giving goal keeper Glenson Prince no chance. From there the visitors piled on the pressure on the Dominican lads but they remained resolute in defense.

Play maker for Dominica, Briel Thomas through the midfield, capitalized on a pass and found the fleet-footed Anfernee Frederick who kept his composure in the 22nd minute giving the Surinamese goalkeeper Claidel Kohinor absolutely no chance of stopping his goal which sent the Dominican fans into a fit of celebration

From then, the Dominica team went into high gear but Suriname was equal to the task and both teams ended the first half at one goal apiece. 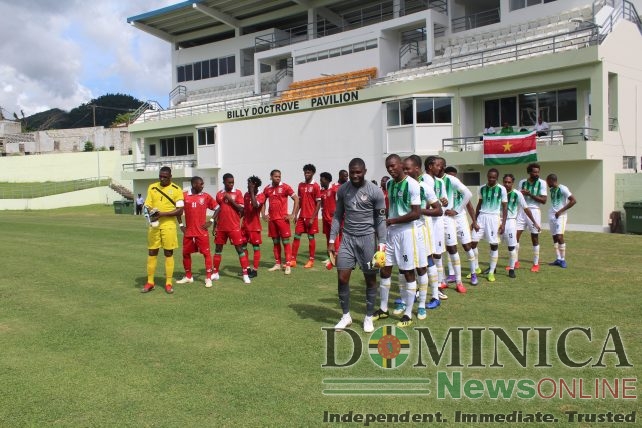 In the second half, both team made changes to their line up in defense and forwards but the all-important goal was hard to come by. Dominica, in the 80th minute, thought they had a penalty when one of their players appeared to have been tripped in the 18 yards box but Bajan referee Jamar Springer said no.

Both teams then stepped up their game with Dominica bringing in Audel Laville for Julian Wade all in an attempt to get the lead in the game but that did not happen and when many thought that it would yet again be a draw as it was in Guadeloupe, Suriname again through Gleofilo Vlijter in the 89th minute, found the back of the net invoking an ominous silence over the Dominican crowd. The final whistle blew four minutes later. Suriname had won 2-1.

Coach of the Dominica team, Rajesh Joseph Latchoo, was not pleased with the result.

“ We made a few changes. The players have to take full responsibility for their actions when in the game; this goal at that time is unacceptable and we need to do better than that,” Latchoo stated.

For the Suriname coach, Dean Gorre, the result was not surprising.

“We looked at previous videos of the Dominica team and knew what to do and so we executed our game plan,” he said. 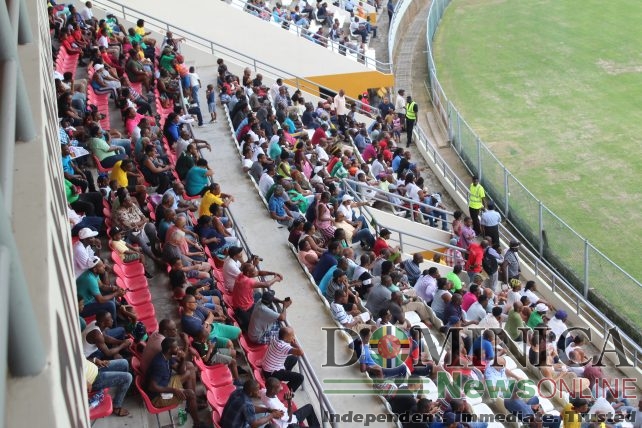