Jayde, who was born to Dominican father, Tony Riviere and Canadian mother, Emily Lui, has been part of the Canadian Women’s National program since the age of 14. She has made 36 caps at the senior level including appearances for Canada’s qualification for the upcoming Women’s World Cup 2023 to be hosted jointly by Australia and New Zealand. The University of Michigan student elected for an early school exit in order to pursue her professional football career with the formidable Manchester United.

Jayde is quite fond of her Dominican heritage. “I have been fortunate to appreciate my heritage and culture through my dad”, Jayde acknowledges, “my dad is [a] proud Dominican and has made sure to pass that on to me”.

Jayde recalls that one of the first things she did when she entered the Olympic Village in Japan was to seek out that Dominican flag for a picture.

Jayde hopes to be able to help promote women football in Dominica.

“I intend to hold some clinics for women in Dominica to help raise the profile and benefits that the sport offers to women”, she states. 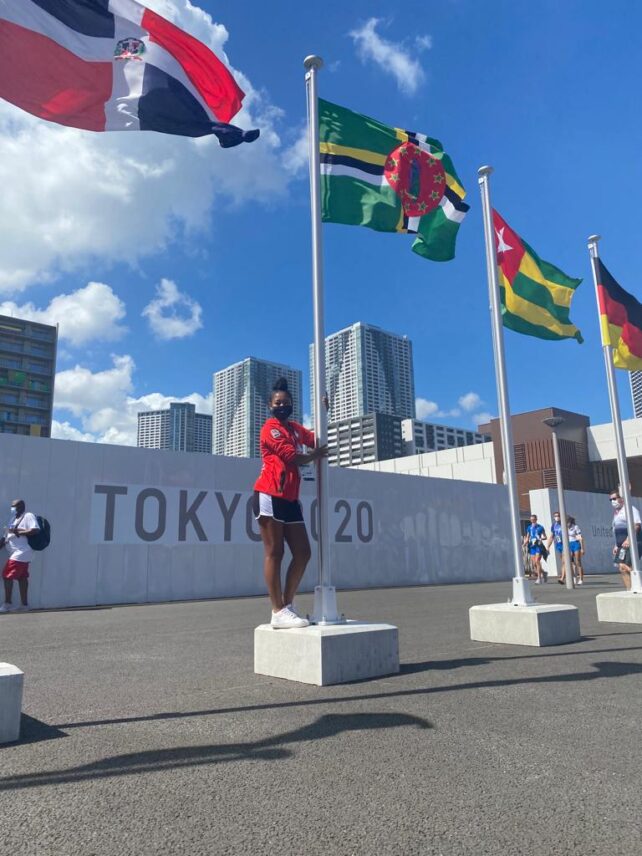