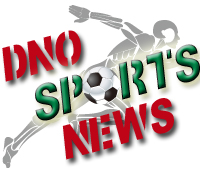 A twenty-member squad has been selected by the technical staff of the Dominica Football Association to represent Dominica in the CFU U-20 girls qualifiers in St Vincent & the Grenadines from July 28th – 30th 2015.

The team leaves island on July 26th and will take on Trinidad & Tobago in their first match in July 28th.

They will play their second and final match on July 30th against host country St Vincent & the Grenadines before returning on island on July 31st.