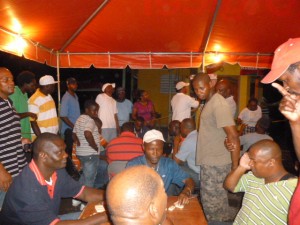 They dominated the competition all the way to the end when they they defeated Rockers from Paix Bouche in the final held on Friday.

On their way to victory, Lagoon beat Mount Zion from Mahaut in the semi finals, 506 points to 342 points while their challengers routed Public Enemies 512 points to 98 points.