The opening ceremony of the London 2012 Olympic Games took place on Friday in London, officially marking the beginning of the 16-day event.

Dominica is being represented by Erison Hurtault and Luan Gabriel.

Gabriel will compete in the 200 meters race women while Hurtault in the 400 meters.

The ceremony comes at the end of a day that has seen the Olympic torch complete its 70-day odyssey around Britain and Ireland.

Bells also rang out across the UK as the final countdown to the start of the 2012 Olympics began.

The Opening Ceremony is just the beginning. For the next 16 days there will be incredible, inspiring tales of endeavour and achievement.

Dominicans at home and abroad should be proud that our small island is being represented at such a prestigious event. 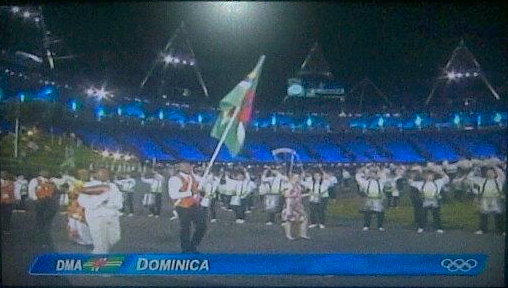