Two games will be played when the Ronald Charles Roseau Valley Basketball League continues this evening.

In the first game starting at 6:30 pm, Pichelin Falcons will take on the police and at 8:15 pm, Roseau Central will play SWOT.

Both games will be held at Trafalgar.

Four games have been played so far in the competition. In game one, Castle Bruce defeated TR Benchers 75-35. Benchers won game 2 by default. Game 3 was won by RIC Risers who defeated Cochrane by 67 points to 50. In game 4, Wotten Waven Sulphurs secured a 70-56 points win over SWOT.

The full results can be seen below. 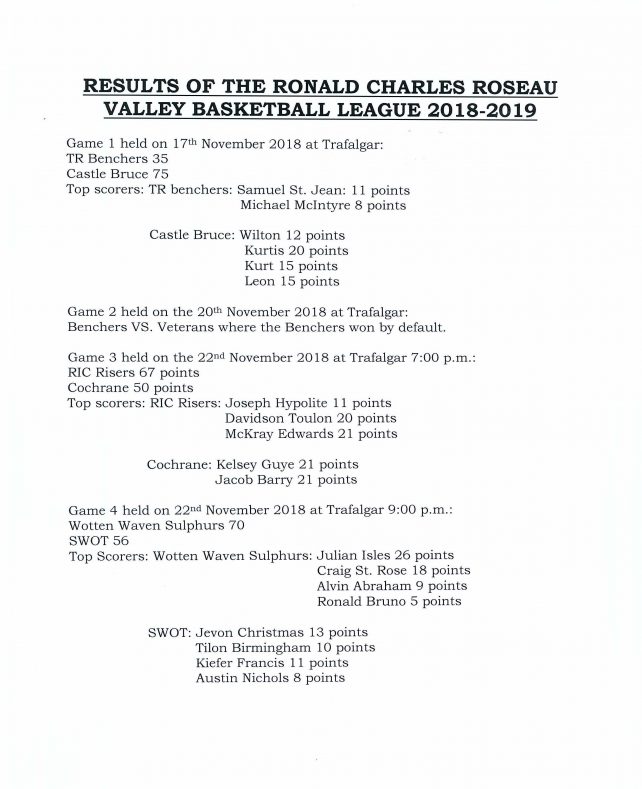