The teams, Harlem, Dublanc, Mahaut, Portsmouth, New Generation and Goodwill Runners were gifted with footballs, boots, shin guards and other football equipment by the DFA.

Speaking at the brief ceremony at the DFA House in Bath Estate, Women’s Coordinator Wayne George, said that he was very happy to be part of the FA and to make this very “needed contribution” to the women especially after the passage of Hurricane Maria.

“Our office at the DFA was looted, all the equipment and uniforms that we had there were stolen but we went all out to ensure that, that was replaced and in a timely manner,” he said. “We are also aware that some of you would have lost all your sporting gears.”

He urged the footballers to make “good use of the equipment” and for all to “appreciate the gesture from the DFA.”

President of the DFA, Glen Etienne called on the ladies playing the sport to continue to train hard since “there is lots of football for women.”

“We have the Under-15 girl’s competition coming up in August in the United States, in fact, we have women’s football competition for the entire year, go out, and continue your training,” he stated. “We at the DFA have the technical staff and we will give you all the necessary support.”

Etienne said that the “grass root” football is now ongoing and the DFA was committed to its further development.

Also sharing some words at the function was President of the Harlem Sports Club Don Leogal.

He said he was encouraged by the development of women’s football on the island.

“I want to thank the DFA on your behalf and I am looking forward to better standards of football,” Leogal stated. 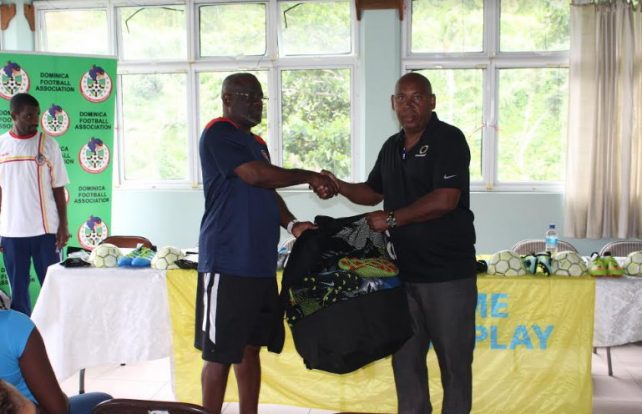 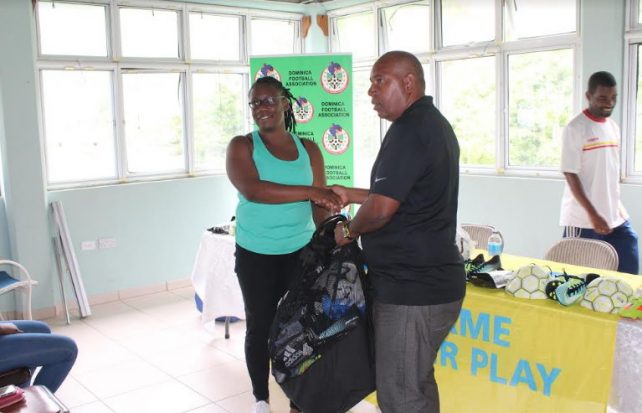