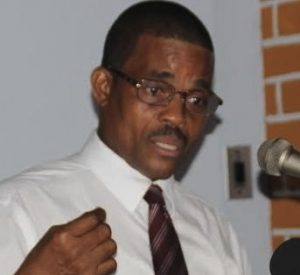 The people of Laplaine are as mad as hell – and they’re not going to take it any more! The alleged detention and beating of 3 men by Education Minister Petter St. Jean is rocking the region. Not to mention the men were clearly innocent – at least, that’s what police seem to think. Citizens of conscience from across the political spectrum – Red, Blue, Green – have come together to say, this is it! This kind of vindictive one-man rule has to stop. Frankly, I still cannot believe it. Like Doubting Thomas, I had to go on location to hear for myself and feel the scars from their injuries.

Trust me, I’d rather be writing about colic, cadencelypso or the joys of creole cuisine. But for characters involved – it is their sworn duty to serve and protect the common man. On the surface, the events of Saturday, September 24th, 2016 sound like some petty rural altercation. It may yet represent just tip of the iceberg of how badly law and order has deteriorated on the Nature Isle. Most shocking though, police officers present appear complicit with the alleged abuse.

As has become the norm in Dominica, these poor victims have been pitilessly abandoned by the criminal justice system. Well, except one, no longer talking. He reportedly recently made huge deposits in a bank and credit union. Indeed, it is now standard operating procedure for filthy lucre to cover a multitude of sins in this paradise. Nevertheless, readers will come to their own conclusions as they listen to Sylvanus “Sylo” Jno Baptiste’s unscripted and spontaneous account. https://soundcloud.com/dr-sam-christian/sylo-interview-with-jason-fontaine-with-comments Even though he tries to drown his sorrows, you can still feel the pain of this terribly traumatized citizen. The interviewer is community activist Jason Fontaine. He admits being intimately involved with Labour Party importing planeloads of voters this past election. But the stench of the corruption, contempt and cover-up has just become too much. He is now at the forefront of seeking justice for the victims.

I am no legal expert, but the facts of the case seem fairly well established. Everyone understands that any farmer would get angry upon discovering dasheen was harvested from his property without his consent. Be angry, but sin not. All now agree that this resulted from a totally unintended mistake by someone unfamiliar with the boundaries. Acting on instructions an adjacent farmer, a stranger supposedly took provision from the wrong location. These things happen all the time. The disputed produce was subsequently recovered from another source. Under normal circumstances, we would be man enough to apologize for our wrong accusations, shake hands and move on. After all, we are not uncouth people. However in this case, vigilante justice had already been meted out so viciously it that brought grown men to tears.

The Honourable Minister resorted to Facebook to present his version of events https://www.facebook.com/votepettersaintjean/?hc_ref=SEARCH&fref=nf

Was one of the victims wearing a cast on his left arm and therefore could not even defend himself?

Did the Honourable Minister and his son actually use whips and a piece of plywood to inflict the injuries?

Is there any bodily evidence of the injuries inflicted?

Upon being summoned, did the police provide handcuffs to the Honourable Minister or did they handcuff the victims themselves to be further brutalized?

Did Corporal Deschamps, the officer in charge of the crime scene, exclaim, “Do not do that!” about the ongoing beatings.

Did the Local Government Commissioner shut down the dysfunctional Laplaine village council for the past 7 months? If so, does Mrs. Blaize continue to be paid to disburse relief aid to favoured villagers from Council and Labour Party facilities?

Did members of the Honourable Minister’s church further incite him to smite the victims (“Footay yo! Footay yo!”)?

Did the Honourable Minister’s pastor Rev. Lawrence Degalrie and/or his wife, try to intercede on behalf of victims but were brushed aside?

Did the police then arrest the 3 suspects, take them to the local station and immediately release them?

Did the medical doctor examining the victims receive a mysterious call whereupon he terminated his medical examination?

Did the Honourable Minister’s son suddenly fly out of the island the following Monday, September 26th? Was that trip scheduled before or after the alleged incident?

I wish to God these allegations were not true. Seriously. I would be too embarrassed for my native land. Is it relevant that Scribe of the East, Dr. Emanuel Finn, has chronicled a long history of savage outbursts to the Honourable Petter St. Jean?
http://thedominican.net/2011/01/minister-threathens-villager.html. Others claim he often threatens to “shoot somebody” and “if is war allu want, I will give you war!”

If so, is there any other Parl Rep in living memory that has exhibited such a chronic pattern of hostile behavior? Does this self-proclaimed ‘man of God’ really have the temperament to nurture our students to grow into peace-loving, law-abiding citizens?

In any civilized society, no one person is authorized to be judge, jury and executioner. In any mature democracy, such a tainted minister would be immediately suspended from Cabinet pending investigation. In any civilized jurisdiction, he most likely would also ejected from the Honourable House. But like the ‘monkey see/monkey do’ dictatorships we now emulate, much that is wrong passes for right in Dominica. There is widespread belief that law applies for everybody except those in power. Our docile citizenry is blighted with malaise. Collectively, we seem to have an appetite for vagabond behavior at the highest levels. A sickening ‘sa pou feh’ attitude prevails.

Genesis tells the tragic tale of Esau losing his birthright for a pot of stew. How sad would it be for a since-promoted deputy prime minister to lose his post over a bag of dasheen! Dominicans at home and abroad are increasingly convinced a shameful crime was likely committed. Corporal Deschamps is a good man. He is well advised to clear himself. The Commonwealth of Dominica Police Force must now either it presses charges against the assaulted or announce an investigation into the actions of the batterers. ‘Neither’ is not an option. You cannot put this Humpty together again.

Let me tell you something: Laplaine has a proud history of standing up to oppressive authorities https://dominicanewsonline.com/news/homepage/news/general/the-la-paine-uprising/ . No way will they allow this to happen again. Villagers demand nothing less than the immediate removal the council chairperson and recall of the mohdi minister. If this vile stain on Dominican jurisprudence is to be wiped clean, history may well once again record that it started with the people of Laplaine.

Dr. Sam Christian a surgeon who runs the Urgent Care on Bath Road near the Stadium. He is a syndicated columnist focusing on health and development related issues. Dr. Christian can be reached at 440-9133 or logging on to urgentcareda.weebly.com