This is the pic that shocked many and delighted others! Did Sam finally see the light? Did he turn? What was he asking for? What did he get? How could he shake the hand of this man after all he’s been through? Shouldn’t we instead be piling on the pressure?

Step back a bit. Take a deep breath and it all becomes as clear as day. You may recall that I was arrested February 2nd for a strong 2015 Peebles Park speech. In it, I basically demanded that the Speaker conduct our Parliament with more decorum. I made oblique historical reference to the 1933 German Reichstag Fire. This was twisted to construe imaginary incitement to burn down our Parliament. Yet, today, a medical doctor, with vows to do no harm, allegedly brandishes a very real weapon and threatens to wound others inside that hallowed House,and that’s ok?What are we coming to?!

While in custody, Police Headquarters was rocked by thunderous chants of “Free Sam Now! Free Sam Now!” When I defiantly emerged from Court that afternoon, those chants morphed passionately into “Skerrit must go! Skerrit must go!” Yes, I chanted those words a thousand times as I came out, again and again, in support of patriots who were subsequently arrested. I even requested entry into Police Headquarters to demand immediate release of Freedom Party General Secretary, Mr. Johnson Boston. From right there, I issued a stern warning live on Matt in The Morning: “Should any harm come to Mr. Boston while in police custody, I will hold Prime Minister Skerrit, Justice Minister Blackmore and Police Chief Carbon, personally responsible!”

Top police officers led by Inspector Cleville Mills, wrestled away my phone while I was on the air. They threatened me with grievous bodily harm and dis-invited me from the building.Whether that had anything to do with Bosso’s prompt release, we may never know. Many rank and file police officers are not happy. Many have since apologized to me that they were just doing their job.

Deep in my spirit, I know the universe is unfolding as it should regarding my return to our beloved homeland. As in the US, I have no fear of going into the belly of the beast to advance a pressing cause. Last Sunday, I announced that I would attend the Family Fun Day at the Botanical Gardens. My plan simply was to speak to as many Labourites as possible and engage the Prime Minister on the issues. So said, so done! Sure enough, at the event, I was cursed out be a few screaming to leave their PM alone. Some called me a terrorist who, along with others, tried to burn down Roseau. So is burn alone I can do?! SMH. Does it even matter I was home soon after 4pm that fateful day? But, if truth be told, I was enormously gratified that the vast majority reacted so warmly. These photos and the video Hon. Petter St. Jean’s posted on his Facebook page, clearly illustrate that https://www.facebook.com/votepettersaintjean/videos/10155309445412508/ 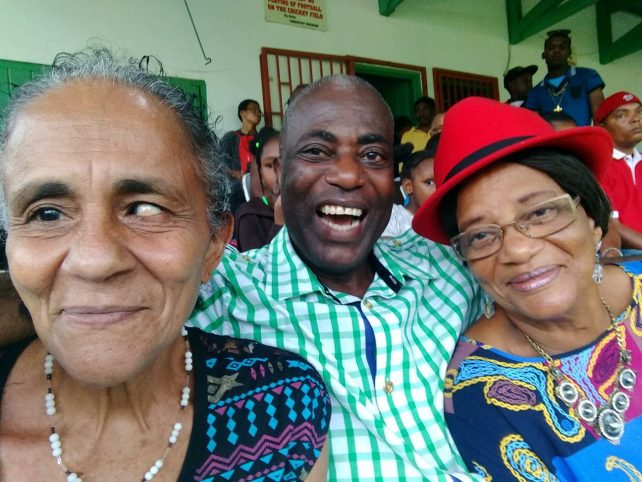 I prefer to take the bull by the horns. It distresses me greatly that Dominicans no longer engage in civilized debates and panel discussions. Carnage rules our roads. We live in a land of unprecedented rudeness and crudeness, rampant laziness, grand larceny and escalating violence. Yet we continue unabated to hurl mepuis at each other from different radio stations and different political platforms. There is way too much bitterness and hate for such a small island state. There is way too much division and selfishness. Citizens are denied information concerning the nation’s statistics, finances, treaties and diplomats. Citizens are denied promotions and scholarships based on merit. Citizens are denied the right to practice their trade and get desperately needed overseas medical care,solely based on their colour. Yes, it disturbs me no end that our justice system appears to frustrate any case against those in power, while jamming through any case they initiate. One set, one set, one set gets everything…is the constant cry. Those in power laugh and gloat saying, “You just vex because they didn’t get.”

Ladies and gentlemen,the Commonwealth Election Observer report, the deportation by Canadian Immigration authorities ofCBI passport holders and the corresponding banking crisis all confirm that the status quo can no longer be tolerated.I stand with the many at home and abroad working so hard, at great personalsacrifice, to alert the nation. What weeping and gnashing of teeth await us if 40% of our GDP vanishes like a vapour! We must hurry toresolve these deadly serious issues before the economy tanks completely, like Venezuela. Every single citizen of this blessed land is dear to me – including the Prime Minister. I drove over 10 hours to greet him in Toronto and New York during the early days of his leadership. I harbour no ill-will for any Dominican, be they red, blue, green or don’t care. I will do whatever it honestly takesto seek common ground until we get results.

No. Skerrit must not go – to Russia, for example, with his gratuity. Instead, Skerrit must come now and let us reason together. Skerrit must come to realize that the chips of international justice will fall where it ought. Skerrit must come and FAIRLY face the judgment of the electorate. Dominica needs stateswomen and statesmen who can bring people together. As for me, the Lord shall supply my all needs. I ask for absolutely nothing more than genuine dialogue. Indeed, ‘La luta continua!’ (The struggle continues!) By God’s grace, come hell or high water, you and I together, will force this country forward. Failure is not an option! According to a great hymn of the faith, “Bless be the ties that bind, Our hearts in Christian love…” Dominicans, now is the time for us to bind ourselves together. And let’s show this troubled world truly how to sparkle!

Sam Christian, MD of Urgent Care is President of Dominica Values Forum, a non-profit think-tank promoting traditional values of Coudmain, Service, Faith, Family and Free Enterprise. Find out more about Dr. Sam at http://urgentcareda.weebly.com/dr-sam-christians-bio.html or message him at 767 265-0887 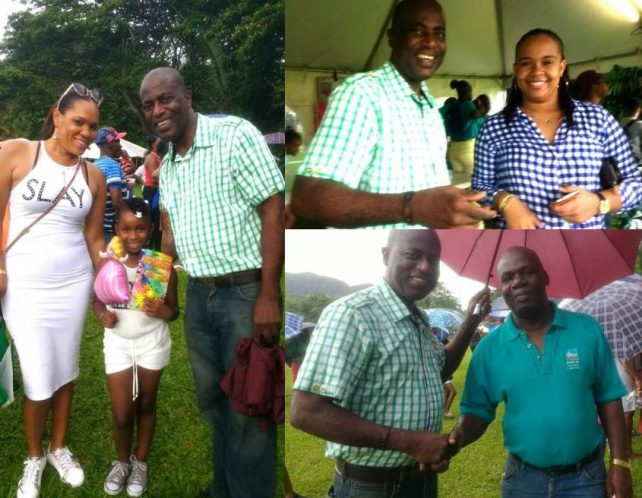