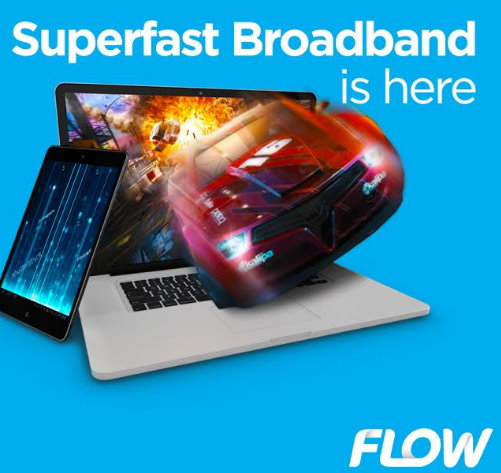 Roseau, Dominica September 10th, 2018 – On the heels of launching the first advanced mobile 4GLTE technology on the island, Dominica’s premier telecommunications provider, Flow, is ready to introduce customers to its state of the art Fibre to the Home (FTTH) and VDSL 2+ network.

Customers in Roseau Central, Goodwill, Stockfarm, Tarish Pit and Yampiece will be among the first to have the superfast broadband experience. Connections in these communities took effect from Monday September 10th.

Following hurricane Maria, Flow was able to connect a limited number of customers on what remained from its existing copper network, however General Manager Jeffrey Baptiste said a decision had to be made whether to fix the existing network which was badly damaged by hurricane Maria, or re-build a more resilient, ‘future proof’ network . “Our fixed network has withstood the test of times, but the force of hurricane Maria left an already aged network very vulnerable. The wise decision from an economic and technological perspective, was to build a new, modern, technologically advanced network which would be fit for purpose”, stated the Flow General Manager.

Recognising some of the risk imbedded in pursuing the new-build route, Mr. Baptiste noted that customers would be the beneficiaries in the long run. “We acknowledged that the building of a new network meant starting again from the ground up, and would lead to obvious delays in returning service to our customers. However, it was a decision that we took knowing that our customers would be the ultimate beneficiaries of this major decision. The new state of the art network would provide customers with the most advanced technology, superior products and a platform to launch a television product compatible with what exists in more technologically advanced countries”, he noted.

The launch of 4GLTE, and now Fibre to the Home are a result of the decision to build out a new network on island with television next in line. The television product has been thoroughly tested and will be launched in market in the next couple of weeks.

Customers can visit the main Flow store to sign-up for service from today. Sales Agents will also be in the FTTH-ready areas to assist customers in applying for service. Other locations will be rolled-out over the upcoming weeks and the company will communicate to customers as the new areas become ready for connections.