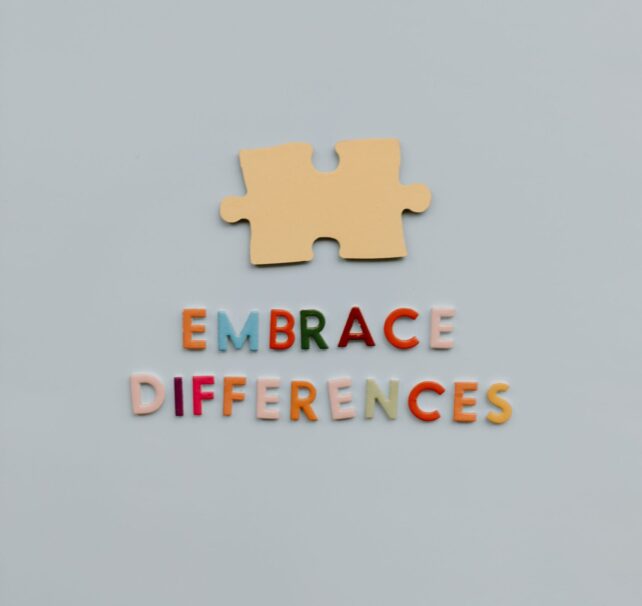 “I want to see people with disabilities treated as any ordinary person in Dominica because we are!”-Earnica Esprit

Dominica seems to be one of the main countries in CARICOM to feel the full brunt of climate change. As recently as Sunday, November 6, 2022, the eastern part of the island was again cut off due to heavy rainfalls.

Prior to this, the damaging effects of Tropical Storm Erika in 2016 and Hurricane Maria in 2017, proved that Small Island Developing States (SIDs) like Dominica are disproportionately affected by climate change.

And while SIDs continue to grapple with these harsh and frequent weather conditions, members of vulnerable groups, especially Persons with Disabilities (PWDs), stand to be most disadvantaged.

Recognising this, it is crucial that PWDs are actively involved in the climate change discourse, more so, since the Economic Commission for Latin America and the Caribbean (ECLAC) warns that the prevalence of disabilities will increase by 30% to 40% between 2015 and 2050.

In Dominica, the Population and Housing Census (2011) indicated that 3568 persons live with some form of disability
on the island. Hence, amidst the ongoing battle with climate change, it is important that the needs of PWDs are not ignored.

Globally, PWDs are placed in the unenviable position of needing social protection to recover from the impact of the major socio-economic shocks caused by these natural disasters. Indigenous people, especially those who are differently abled, are also recorded by the UN as being vulnerable.

For instance, from the indigenous community of Kalinago Territory, Kanian Frederick, a victim of paraplegia for over a decade, has faced two major disasters in the past six years. During these periods, he was at the mercy of the others while being transported to the hurricane shelters.

Unable to fend for himself, Frederick felt uncomfortable due to the lack of privacy. Previous to his disability, Frederick
was a farmer, however, due to his immobility, he does not earn an income and now depends solely on a small monthly allowance of EC $300.00 or US $109. UNESCO (2021) notes that PWDs are less likely to be hired and receive help from the government in comparison to other groups.

This is evident in Frederick’s case. For instance, Frederick’s house was destroyed by Hurricane Maria and he, unfortunately, was not covered under the government’s Housing Recovery Project.

He presently lives in the same wooden structure which was hastily refurbished. Frederick isn’t the only indigenous PWD who has been affected by the effects of climate change. The family house of 37-year-old Melissa Dupigny, was partially destroyed by Hurricane Maria and is still under construction five years later.

Dupigny, who does not have mobility challenges, was one of the 11 Kalinagos with special needs who benefited from the Disaster preparedness exercise organised by IsraAid.

According to IsraAid’s programme coordinator, Felisha Pierre, the objective of this project was to increase resilience and inclusion of children with special needs in the disaster risk reduction (DRR) education system and local communities.

Further, 37 yr old Earnica Esprit, Executive Director of the Dominica Association of Persons with Disabilities (DAPD) recognises the legitimate concerns voiced by the differently abled. She believes that although PWDs were not effectively engaged in the past there is now a greater effort to include the DAPD in the climate adaptation and disaster management discussion. In order to ensure that the needs of PWDs are effectively met, Esprit suggests that partners should focus on meeting the Sustainable Development Goals (SDGS) parallel with adhering to the United Nations Convention on the Rights of Persons with Disabilities (UNCPRDs).

One of the challenges identified by Esprit includes the lack of adequate disaster shelters to cater to the needs of PWDs. However, she expressed gratitude to the Government of Dominica for having built three model emergency centres designed to accommodate PWDs during storms. She hopes that the Planning Division will ensure that future infrastructure is accessible so that individuals with mobility issues can have equal access to these buildings.

In response to the economic challenges that are compounded by climate change, Esprit hopes that more PWDs will be employed so that they can live independently, and be able to recover from the economic shocks. Esprit reminds us that engaging PWDs in the climate change discussion will ensure that the voices of PWDs are heard because “they
know what they need because they are the experts of their own lives”.

A representative from the Office of Disaster Management (ODM) agrees that differently-abled people have been effectively engaged in climate change discussions for the past two years. A Comprehensive Disaster Management Audit was conducted in 2020 and included a gap analysis.

The findings were subsequently prioritised and formulated into a five-year strategic plan which addresses the
needs of vulnerable people including PWDs. Most recently a full-scale simulation exercise was conducted at the Layou Regional Emergency Centre in mid-2022 and included heavy consultations and participation from at-risk groups.

Although indigenous people with special needs were not part of the simulation, arrangements are being made
for the construction of a Resilience Purpose Built Emergency Shelter for the Kalinago Territory. The Kalinago people were consulted on the design of the building, and the structure will incorporate aspects of their culture.

The building will be equipped with disability ramps and private changing rooms to ensure persons such as Kanian are safe. In the case of Kanian Frederick, who unjustly faces the social impact of climate change, there is a need to advocate for equitable distribution of resources. Frederick, like other people living with disabilities, deserves a life of dignity, comfort, and fair representation.

This story was published with the support of Climate Tracker’s Caribbean Climate Justice Journalism Fellowship.