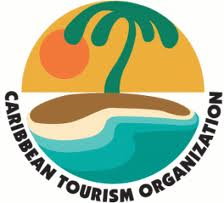 The Caribbean recorded a rise in tourist arrivals in 2011 when compared to 2010, with further growth forecast this year.

The Caribbean Tourism Organization (CTO), the authority on Caribbean tourism arrival statistics and visitor spend, has announced that 23.8 million stay over visitors came to the region in 2011, an increase of 3.3 per cent over 2010.

Cruise passenger arrivals, however, were flat, rising marginally by 0.3 per cent to 20.6 million.

“The Caribbean tourism industry is holding its own, remaining afloat and resilient amidst turbulence in the marketplace. Tourist arrivals to the Caribbean region remained buoyant in 2011, continuing the recovery process which began in 2010,” Sean Smith, the CTO’s statistical specialist, announced at the regional development agency’s State of the Industry news conference at its headquarters in Barbados.

The rise in arrivals came on the back of a strong performance during the winter months, although there was less than anticipated growth during summer.

“Tourist arrivals during the winter months (January to April) were up 4.4 per cent over the previous winter, which had grown by 3.9 per cent over 2009. The summer period ending December recorded a lower than expected increase of three per cent,” Smith revealed.

High unemployment in the major source markets, pressure on the monetary and fisca l systems, as well as high oil prices continued to be of concern to the region, the CTO official said. “In light of these realities, arrivals to the Caribbean are not expected to exceed a three per cent increase in 2012 and visitor expenditure is also not expected to grow m eaningfully during this year,” Smith said. Cruise arrivals, he added, are likely to rise by two to three percent in 2012