Martin was not required to enter a plea as the matter is an indictable one which will be heard in the High Court.

The accused was granted bail in the sum $7,500.00 with Dr. Irving Pascal serving as surety.

The charge stems from statements, which according to the charge sheet, were made by Martin at an “unlawful”  protest in Roseau in which he asked members of the public to block the road.

Some protesters insist that Martin’s call for a roadblock followed previous requests which they had made to the police to divert traffic from the area in which they were located and which was posing a threat to their safety.

The protest action was organized by the Concerned Citizens Movement (CCM) to impress on the Electoral Commission the need for electoral reform in Dominica. 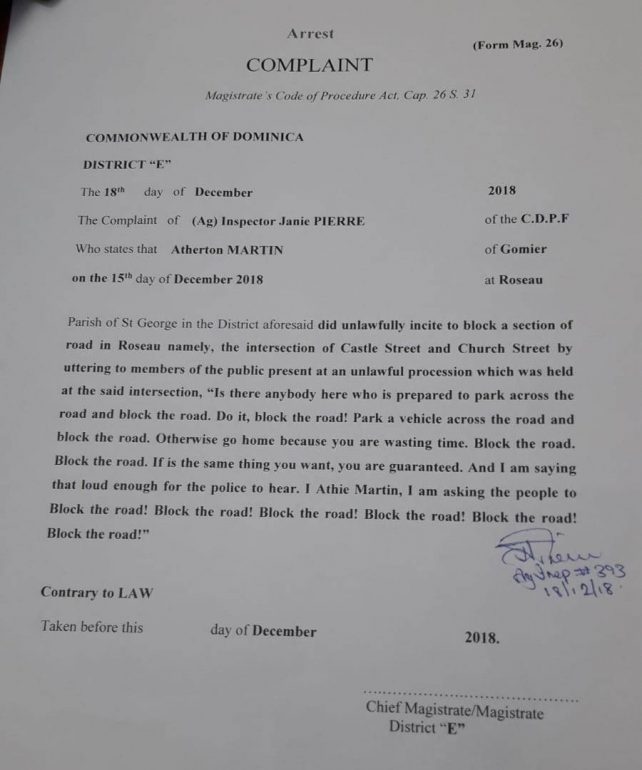