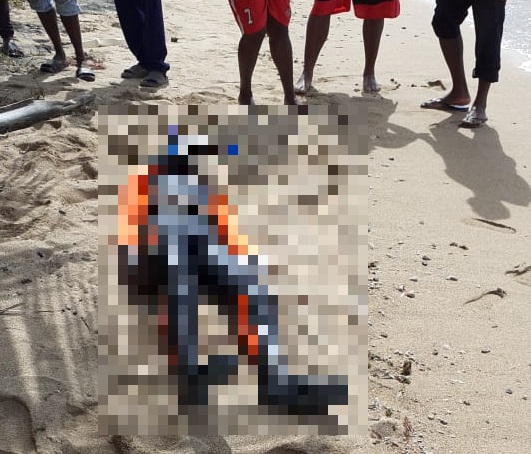 The suspected drowning of  a 65-year-old Grenadian man has prompted an investigation by members of the Commonwealth of Dominica Police Force (CDPF).

On August 9, 2021, videos and photos were widely circulated via social media of the man who was found on a beach in Calibishie in an unresponsive state.

Police have since identified the victim as Martin Otway, a Grenadian who resided in the community of Marigot.

According to information provided by Police Public Relation Officer (PRO), Inspector John Carbon, about 2:30 p.m on the said date, villagers of Calibishie fished out a male body from the sea dressed in a diving suit.

The police were contacted and they then summoned the District Medical Officer who pronounced the body dead at the scene.

A coroner’s inquest will be conveyed.

Dominica News Online (DNO) has learned that Otway arrived in Dominica sometime in 2020 and first resided in Wesley but later moved to Marigot.