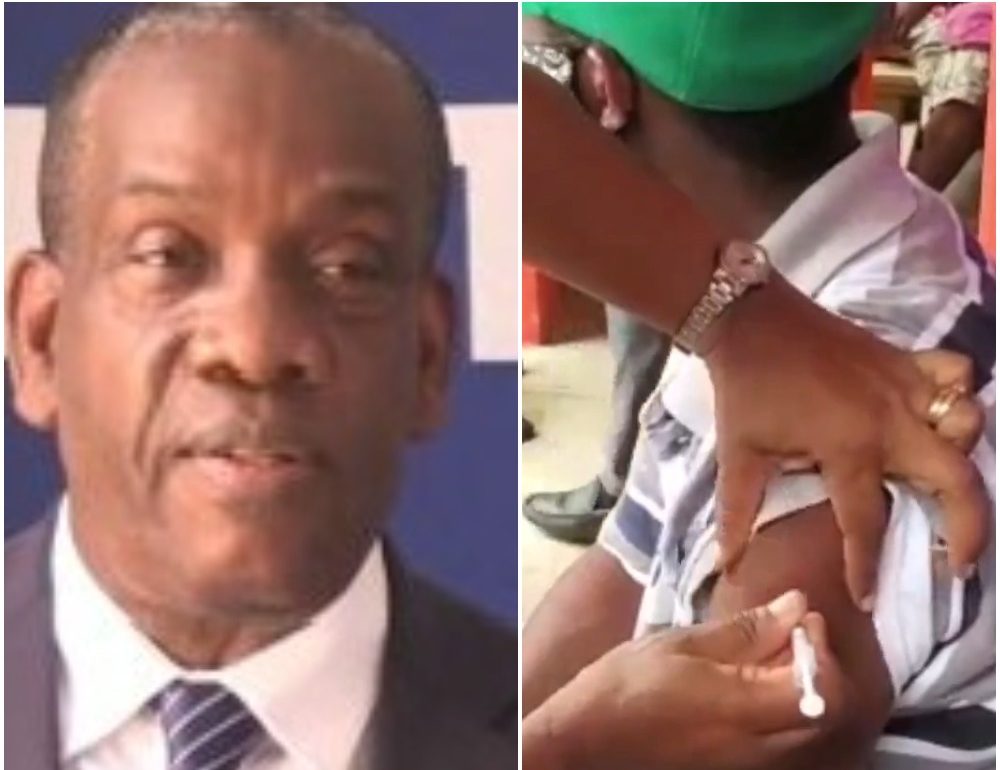 Leader of the United Workers Party (UWP) and the parliamentary opposition, Lennox Linton, has said that his party is ready to join with the government of Dominica in promoting vaccination as an effective  means of combatting COVID-19.

In a recent statement, Linton bemoaned the slow rate at which Dominica was moving toward herd immunity suggesting that at the current rate, it would take more than two years to get to the government’s target of 47, 800 inoculated Dominicans.

“Think of what we have gone through in the past year; think of what the rest of the world has gone through in the past year and think of what is likely to happen with us if we don’t get up to speed with the key tool that medical science is offering us in defense against COVID in quick time,” the opposition leader opined. “There’s need for a proper engagement with the people of Dominica on this importance of vaccinations and we, in the United Workers Party, are ready to join with the government in this public education campaign that will bring more people over to the necessity of vaccination as a defense against the COVID-19 virus.”

To support his call for a more aggressive approach to getting Dominicans vaccinated, Linton pointed out that to date, about 2.8 billion or 35.9% of the word’s population are fully vaccinated, 1.4 billion (70%) of China’s population had taken the vaccine, and 188 million -57%- of America’s population were inoculated.

“The vaccination thing is not just about us in Dominica. The vaccination story around the world tells us what is happening in terms of how people are responding to the threat that this virus poses and the dislocations and the difficulties the virus has caused since the virus emerged in the early parts of last year,” he remarked.

Although he has expressed his support freedom of choice in taking the vaccine, Linton has always maintained that he is not against vaccination, having himself, taken the jab. He reminded the public that he and his family are fully vaccinated.

“All my life I have trusted medical science for the cures or remedies I needed for whatever ailments that have come my way. I put the vaccination that has emerged in response to this Covid-19 crisis as another gift of medical science, and so I am vaccinated, my family is vaccinated,” he stated.

In publicly announcing his party’s alignment with the government’s efforts to inoculate the population,  the opposition leader made it clear that the UWP has never considered vaccination to be “a political thing and [it] should not be treated as such.”

“And we have been very careful over the past year not to provoke any politicization of the strategies that are necessary for us in dealing with this public health crisis,” Linton stated. “It is time for us to come together and speak to the people of Dominica in a properly organized public education campaign that uses the power of persuasion based on our cultural norms and the way we have lived to bring home the reality of how important this is and how important responsibility is for the individuals in Dominica”

Describing the pandemic as a public health crisis, Linton said the UWP has been encouraging the people of Dominica to get vaccinated and to follow the protocols.

“It is a public health crisis and it requires us the members of the public to be responsible and play our part and that is what I want to encourage us the people of Dominica to do,” he stated.